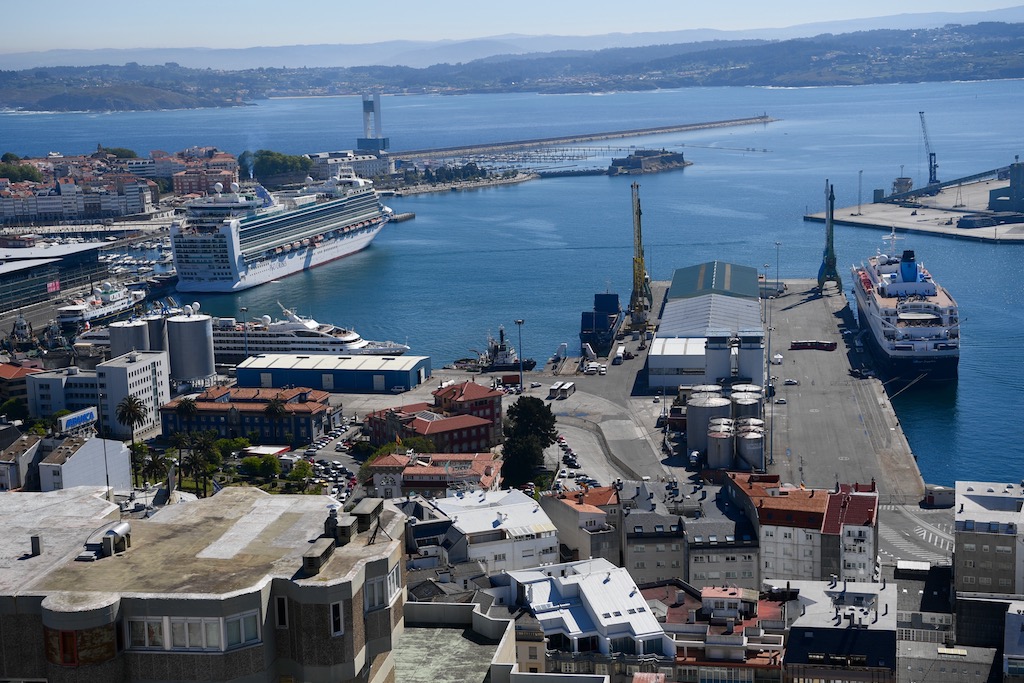 The Port of A Coruña is going to  receive next Monday the thirty boats and 120 crew members that do the only pilgrimage of the St James´s route that it si call Sail the St James´s Way. The Port Authority colaborates in a active way with this initiative  through Marina Coruña and its marina and the setting of the seawall.

On the 24th July, they will reach to the Herculine city the participants of the second edition, once approved in this unique modality of the Jacobean Route because the archibishop of Santiago de Compostela. It is treated of the one and only sea route that can be obtained the Compostela, the crenttial that you have done Santiago´s way and given by the  Office of the Pilgrim.

What is sail St James´s way?

View from the Hercules Tower, Heritage of the Humanity by the Unesco.

I this sailing they participate 30 sailing boats and are manned by 120 crew members. The inital stage was from Hondarribia and took place on the 16th July. The next stops have been Bermeo, Santander, San Vicente de la Barquera, Gijón, Cudillero, Ribadeo, Viveiro and Cedeira. This Monday it would reach a Coruña.

Sail through the Way is an initiative of the Association North Marinas, formed by the marina´s and ports of the north of Spain. Amongst them it is found the concessionaire from Port of  A Coruña, that manages the Sports Port of San Antón, located at the Maritime Control Tower. This entity is one of the responsible in the organisation of this route, that counts with the collaboration of the Port Authority.

Reception of the marina of A Coruña

The president of the Port Authority of  A Coruña, Enrique Losada, is in charge of the reception of the participants of the maritime pilgrimage. The event is going to take at 20.00 hours in the facilities of the marina and during the act the boaters can seal their pilgrimage credential to obtain their Compostela to the arrival to the Galician capital.

El Santiago´s way by sailboat recuperates its old pilgrimage inspired in a sea route that dates back to the Bronze Age, when it started the metal trading through maritime transport in the Atlantic-Cantabric arch. The goal of the initiative Sail the Way  is to keep a cultural connection between the ports and northern ports and cities and to promote the relations in the nautical -sportings not only with other Spanish marinas, if not to have sailing fans from other countries.

The next stops of sailing pilgrimage are Muxía and Muros.From this location the participat will go by foot to Santiago and  will finish the pilgrimage by land next Thursday , 27th  day in which are going to visit the Compostelan Cathedral after its 400 miles of navigation.