In the Hymn to the Nile it is attributed to the mythical river that “He is the one who makes the trees grow according to the desire of each one, so that men suffer its shortage; thanks to him the ships are made, because the stones do not serve the carpenter. ”

And it is that the Nile waters were possibly the protagonists of what could be called the first leisure cruise in history.
In the Bulletin of the Egyptology Spanish Association you can read an article regarding the Nile cruise made by Caesar and Cleopatra. The text specifies that there are few references on this trip but it is mentioned that has been described throughout history as a leisure trip and even a honeymoon.

There are theories that explain this trip, the alleged romantic cruise of Cleopatra or Caesar, lasted three months and the ship where both sailed along the Nile was followed by an entourage of 400 ships which purpose was to supply them the most amount of wheat as possible. Not for nothing, it was considered Egypt as the granary of Rome. With such earthly motivation were initiated in the history the cruise ship trips in the unique and singular intention of traveling.

Centuries separate the fact of the arrival of the first steamboat. Robert Fulton, an American engineer, designed a ship that managed to navigate the Seine in 1803. More than fifty years passed since that historic moment for the Great Easter, the forerunner of the steam liners traversed the Atlantic Ocean, although its mission was not to transport people, but placing 22,500 tons and 3,000 kilometers of the first telegraph cable between Europe and America.

In between facts, in 1835, an English newspaper, the Shetland Journal published the first announcement of cruise trip departing to Scotland, Iceland and the Faroe Islands. The company that was offering the service called Peninsular Steam Navigation Company. Today his name is P&O Cruises. The service was called ‘passenger cruise’.

At that time, a businessman native of New Scotland, Samuel Cunard, already known as the ‘Prince of the Oceans’ managed to grab the tender for the mail transport between the United Kingdom and the United States. The Britannia made its first trip from Liverpool to Boston in 1840. Thus it began to sell the first tickets for travel aboard the post ship. In 1844, the English Shipping Company of London decided to organize its first tourist trip around the Mediterranean aboard the Lady Mary Wood.

The company of Samuel Cunard, today Cunard Line celebrated the launch of the famous Titanic in 1912. A year earlier, his sister ship, the Olympic had made its maiden trip. Until that time and since 1891, nearly two million people had traveled by boat between England and Canada.

The first Caribbean cruises emerged around 1930 as a place of relaxation where you could access more  privileges that were more difficult to have them on land and began to be considered as ‘floating cities’. The first company that offerred Caribbean cruises was Holland America in 1926 aboard of the Veendam. Today, Holland America Line has 15 ships and 500 trips a year. In 1947, Cunard built the first leisure boat, the Caronia, called the Green Goddess by its unique color.

The ships and the history

Among the most important Cunard ships – cruise line acquired by Carnival Corporation – are some mythical as the RMS Carpathia, who helped rescue survivors of the Titanic or the RMS Lusitania and RMS Mauretania, the largest and fastest in his time. There have been many vessels which names and experiences have left their mark on history. Thus, the Queen Mary considered in his time as the largest  and fastest transatlantic; the Ocean Monarch or the Oceanic -the father of modern cruise ships- as well as Queen Elizabeth II or the Pacific Princess -the famous ‘Love Boat’ have been part of the history of cruises for different reasons.

Unlike passengers – who get onboard in a port in order to move to another one where they get off-, the cruise passengers -as specified according to the study ‘The form of cruise tourism: development, performance and prospects’ of Leileth Mercedes Fernandez- are the people who get onboard in a port in order to carry out a route previously determined or not, to visit various ports and usually landed in the same port where they got onboard. Its only purpose is to enjoy a sea holiday different from the traditional one. Similarly, today, the World Tourism Organization defines cruise passengers like visitors in a country coming and leaving in the same boat, being often subject to a separate classification. WTO consider hikers the cruise passengers if they spend the night on board a cruise on their stops and as tourists if they use properties located in the country where they stop regardless of how their stay is prolonged. 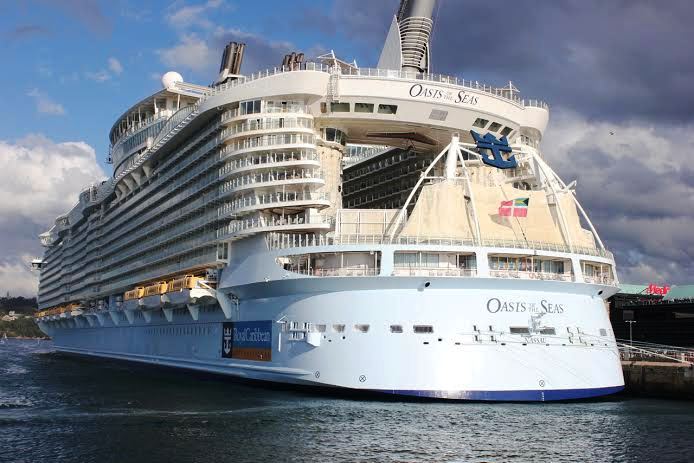 Evolution and modalities of cruise tourism

In the 60s and 70s, cruise trips experienced a major boom. Until today, cruise tourism is in constant growth as witnessed by the Cruise Line International Association itself. For example, Spain received in 2013 more than 5 million cruise passengers and is expected that this year the figure exceeded 7 million.

But the evolution of a tourist segment as the cruise industry is always coupled to the arrival of new products and new ways to make attractive to travel by cruise and increase user interest in experimenting.

Thus, the evolution of cruise sector has resulted in the emergence of specialization within the cruise, both in the type of itineraries and the type of ships and onboard activities and services.

So that today you can make cruise trip with a high degree of specialization, such as themed cruises for wine lovers, for example, with tastings and conference or pairings on board; cruises for children and themed with popular kids’ characters and even cruise lines specialized in the segment of family audience; luxury cruises, more specialized and intimate is a booming segment. Thus, passengers share trip with a not very high number of cruise passengers, have exclusive itineraries and with a very select cuisine, international wines and even butlers.

Cruises with entertainment; orientated to sports activities, on board or on arrival; as well as focused on attractions and entertainment are some of the options.

Recently there has been a new type of cruise, the latest addition to the evolution of one of the most lively and dynamic sectors of the economy, tourism. Celebrity Cruises recently launched its combined packages of maritime and river cruise. The Rhine, the Danube, the Seine and the Rhone with the Mediterranean, Scandinavia, Russia and Turkey, among others, comprise unique itineraries to know the territories from entirely new perspectives.
It is the latest twist in an exciting sector, which is responsible for designing the happy moments and sailing ahead holding the helm strongly.