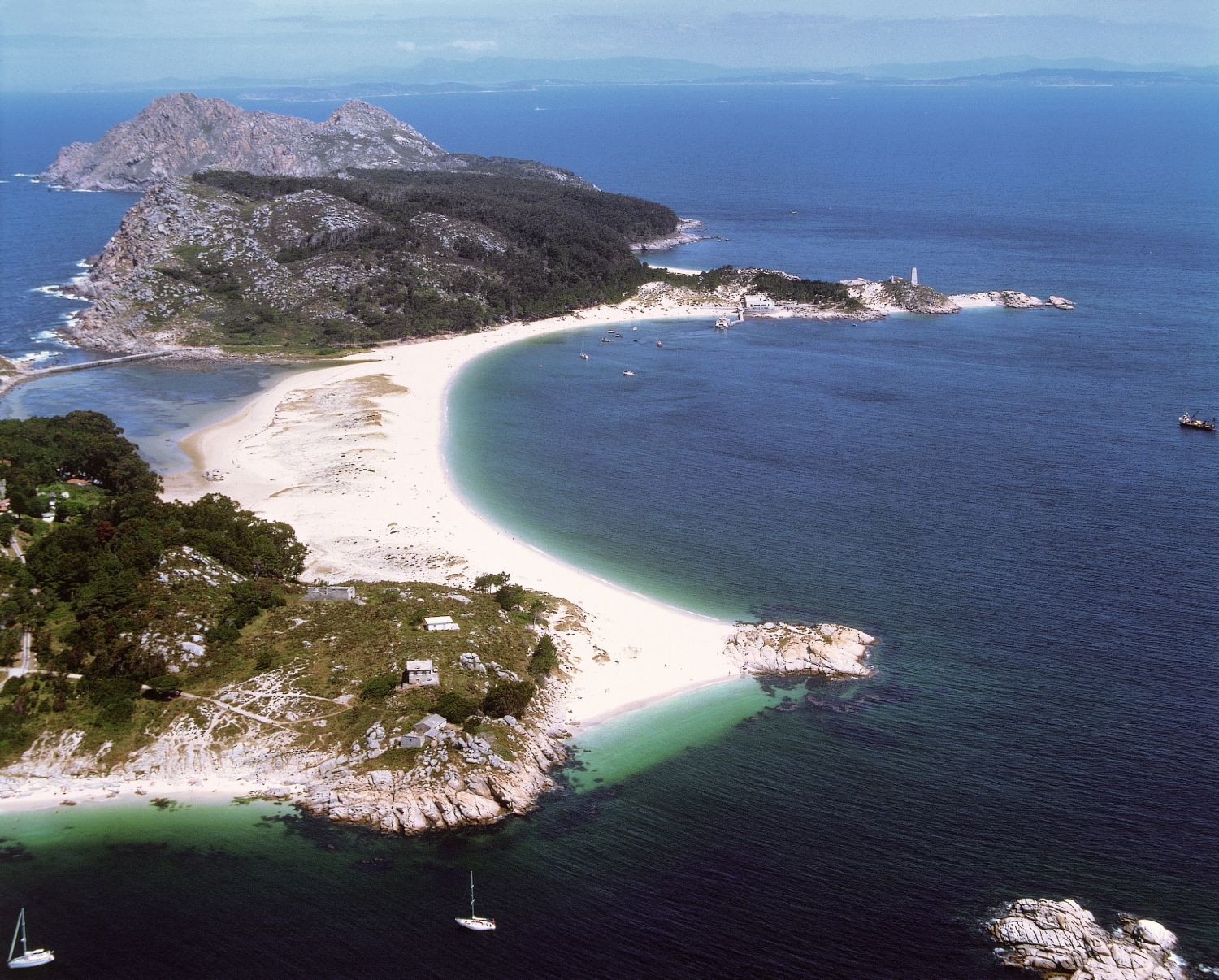 More than 294 000 inhabitants turn Vigo into the largest city in Galicia. Arriving by cruise to the port of Vigo is an experience because the Cies Islands, also called ‘Islands of the Gods’, protect its estuary and host Rodas’ beach, honored by the British newspaper The Guardian as ‘the most beautiful beach in the world’. Nestled in the only one Maritime-Terrestrial National Park of Galicia, the Atlantic Islands one, the beaches of Cies Islands allow you to enjoy a natural environment unique in the world.

It is said that during his stay in Vigo, Jules Verne himself described its estuary as “a true fjord”. In his book 20,000 Leagues Under the Sea, the famous writer made an allusion to the ‘Bay of Vigo’. He is known for his phrase that says “From now on, I will travel only in my dreams.” Also in dreams the traveler can approach this place but the reality has enough wonders to offer in Vigo to enjoy them awake. The uniqueness of Ria de Vigo is just one of the treasures that is offered to travelers by Galicia, which amalgam tradition and modernity and which is distinguished by its unique nature and its unique heritage resources. Thus, the city of Vigo, known as’ the Olive City’- is a compendium of the many treasures that this land amass.

In Vigo you can be a witness of medieval history, modern art or cultural tradition. Adventure sports, shopping, culinary or wine tourism complete the possibilities of a destination that has something new to show.

Thus, the famous Galician writer Álvaro Cunqueiro explained in one of his texts that cities are mythology and geography; half of each. According to what Cunqueiro wrote, there are cities that one day speed up and another day stop or retreat. But he added that “there are other cities like Vigo that would seem that suddenly is building up lots of sap and large and powerful branches sprout.” Vigo is a city in constant growth, which reinvents and revives itself.

Its port, located in the heart of the city is the best point of arrival to visit its narrow streets, enjoy its typical food or walk in the old quarter. This year, the Port of Vigo will host two scales of the world’s largest ship, Oasis of the Seas, a real titan for Vigo’s cruise stops that shows the potential of the port to grow in a market where Vigo has much to offer as a destination. On September 27 and October 18 2014 Vigo will host the giant of the seas.

From the pier, cruise passengers can enter calmly in the historic town and eat oysters at the “oyster street”, next to the A Pedra market. So start your visit like this is one of the unique experiences that will leave the traveler a souvenir of  “Vigo’s flavor”. In addition, for haute cuisine lovers, Vigo has a wide range of avant-garde or traditional cuisine that leaves no one indifferent by its extraordinary quality. Not surprisingly, Vigo is one of the most important fishing ports in Spain and Galicia is the first Spanish consumer and producer of fish.

Eat seafood or enjoy a delicious albariño wine with Protected Designation of Origin Rías Baixas, one of the five galician P.D.O.- is indispensable requirement for taste travelers . Other traditional dishes like octopus “á feira”, the galician pie or sardines complete the culinary festival that Vigo offers to food and wine lovers.

Its natural environment and archaeological sites such as those located in O Castro Mountain, as well as examples of civil architecture and its sun and beach offer are only some of the attributes of a dynamic and alive city.

Rande Bridge was at the time of its inauguration the longest cable-stayed bridge in the world and the longest in Spain. The views of the river from the bridge are one of the most beautiful pictures of Galicia.

Vigo is also the city of shopping. Its extensive commercial offer distributed through the streets of its expansion district and the historic area can star in a perfect plan for an afternoon stroll.

After shopping, a visit to some of the main cultural attractions of the city looks like a good option. Thus, the Museum of Contemporary Art also offers some of the most avant-garde proposals of the moment, activities for those traveling with children and looking for specific activities for younger guests. The Verbum, or House of Words, is also a good option for entering an educational visit. They are just some examples of the vast cultural offerings of the Olive City.

Among the curiosities of civil architecture and artistic performances you can find sculptures like the Sireno or the Swimmer, who have become symbols of Vigo. Furthermore, in Castrelos park, a real lung for the city, is the Pazo Quiñones de León, located in one of the new touristic products where Galicia is betting, the Route of the Camellia. Galicia is, after Japan, the second place in the world with more varieties of camellia. In the garden of this Pazo (country house), intimate and melancholic, you can find one of the oldest preserved specimens, the so called “Methuselah of the Camellias’.

Vigo is culture, nature, shipbuilding, fishing, canning and engine industry; is innovation; is modernity but also authenticity, quality and tradition.