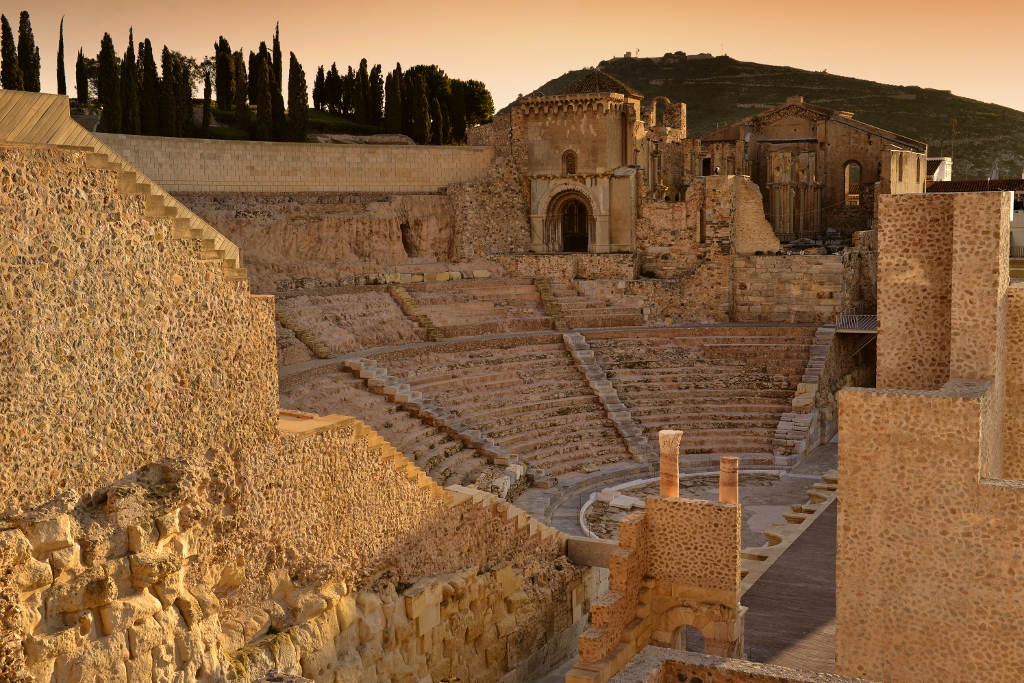 At the heart of Levante in the Mediterranean Basin, is located the Region of Murcia , a paradise that brings in more than 11 thousand square kilometers a mosaic of forests and beaches that captivates the most traveled by its simplicity, its historical value and its authentic character. Stop by cruise at the Port of Cartagena and make the most of it.

As Zorrilla wrote in his poem ‘From Murcia, to Heaven’, the region of Murcia is water and greenness:

“From a green hill on the rise

and it has Murcia on its feet,

nested in a cypress. ”

More than 250 kilometers of coastline and an average of 315 days of sunshine a year and an average temperature of 19 degrees Celsius make Murcia worthy of its last touristic brand: Costa Cálida.

And as Zorrilla pointed out in his famous composition, Murcia is “Original pilgrimage to the land of sun, faith and joy …”

To know some of the key attractions of the Region of Murcia, which includes the spectacular Port of Cartagena, we have to visit some of the emblematic corners of the province.

Many are those who come to Murcia to meet one of its most renowned resources: The Manga del Mar Menor (The Sandbar of the Minor Sea). The Mar Menor is located in the southeast of the region and is a saltwater lagoon. A land strip known as La Manga separates the Mediterranean from the Minor Sea (Mar Menor) and is already a reference point for water sports lovers for its special geophysical conditions.

If you love water sports, this is your destination. Go to Mazarrón and discover the paradise of sailing, see dolphins and enjoy extraordinary landscapes as Enchanted Landscape of Bolnuevo and its eroded surface. In Mazarrón you can also visit the ancient Roman Salting Factory and Interpretation Centre of Phoenician ship.

The visit to Águilas and his brand-new San Juan’s Castle will be the perfect prelude for natural spaces lovers go into two of the most valuable spaces in the region, Cape Cope Regional Park and Cuatro Calas  Protected Landscape. In addition, the Regional Park of Salinas and Arenales of San Pedro del Pinatar with its 857 hectares is the largest wetland area in the Region of Murcia.

If you’re a fan of architecture and you like to know the destinations for their artistic resources, you have to visit the capital of the region. Murcia is the Baroque capital and you must stop in the City Hall, in his beautiful Cathedral of Santa María and in the two architectural symbols of the city: the Romea Theatre and the Casino. Francisco Salzillo Museum is the museum emblem of the city of Murcia.

If you have stop at the Port of Cartagena you can not leave the beautiful city without visiting its special points. You can meet some of them in our Top 5 post of what to visit in Cartagena.

What to visit in La Unión, Cartagena and Caravaca de la Cruz

There are three other important sites in the Region of Murcia which are great to visit during your stop in Murcia or during a second visit with more calm to be able to perceive its true essence and tradition: the Mining Park of La Unión, Lorca and Caravaca de la Cruz.

The Mining Park of La Unión asserts its pioneering project to recover mineral elements as a tourist and cultural attraction so that visitors can see first hand what the is the job of the miners in the Sierra de Cartagena. 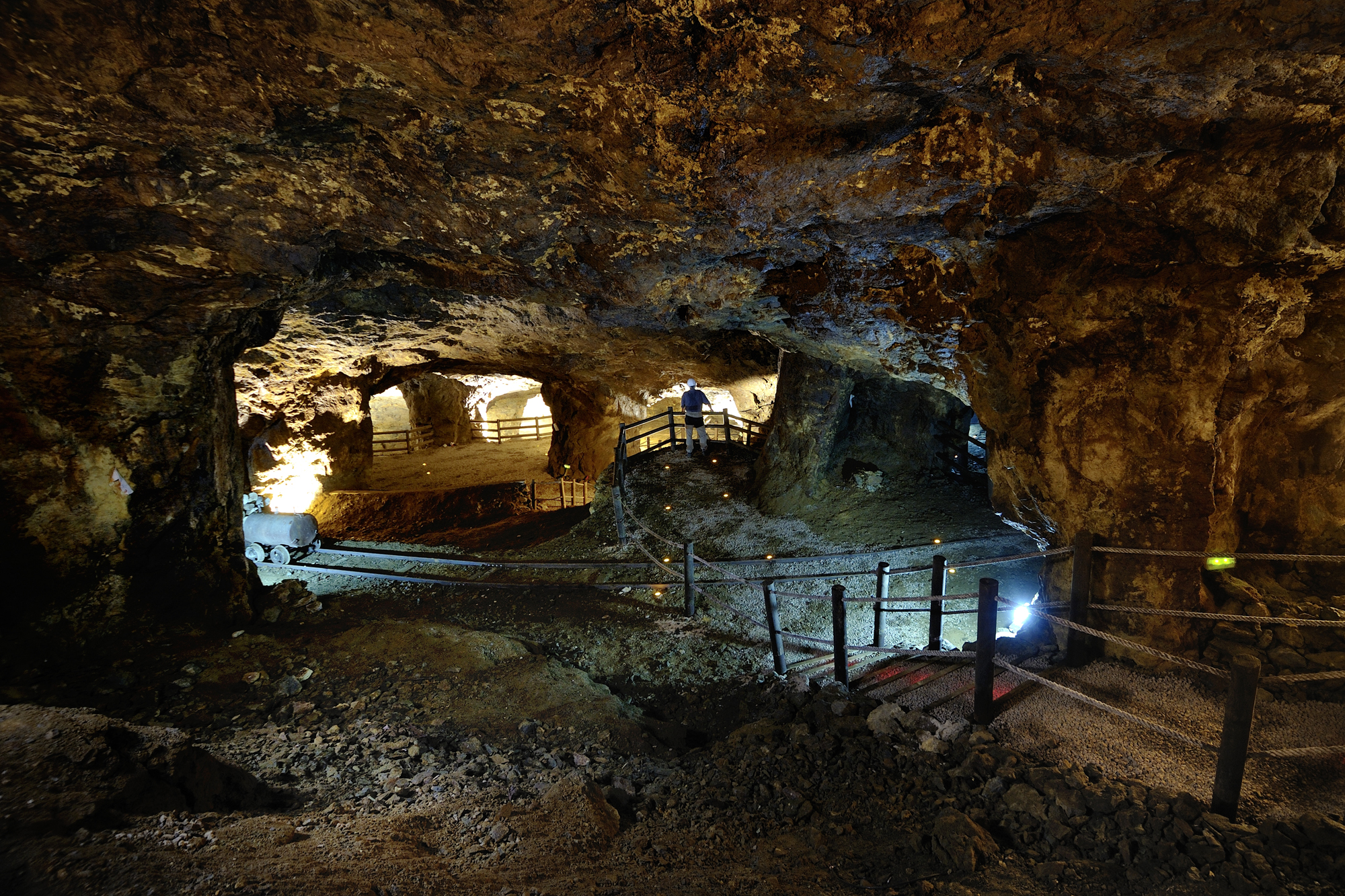 Lorca, the City of the Hundred Shields, is a Historical-Artistic complex since 1964 and its baroque architecture makes it one of the most beautiful places in the Region of Murcia. Visit its Fortaleza del Sol and enjoy its valuable treasures from its Archaeological Museum.

The Region of Murcia has a Holy City because Caravaca de la Cruz is with Santiago de Compostela, Rome, Jerusalem and Santo Toribio de Liebana one of the five cities that can celebrate the Perpetual Jubilee Year. 2017 will be the next jubilee year in Caravaca de la Cruz and its Basilica de la Vera Cruz will become the epicenter of the pilgrimage to the land. In Caravaca they rever the Santísima  and Vera Cruz de Caravaca; a shrine that the Lignum Crucis guards, a piece of wood belonging to the tree where Jesus Christ was crucified. 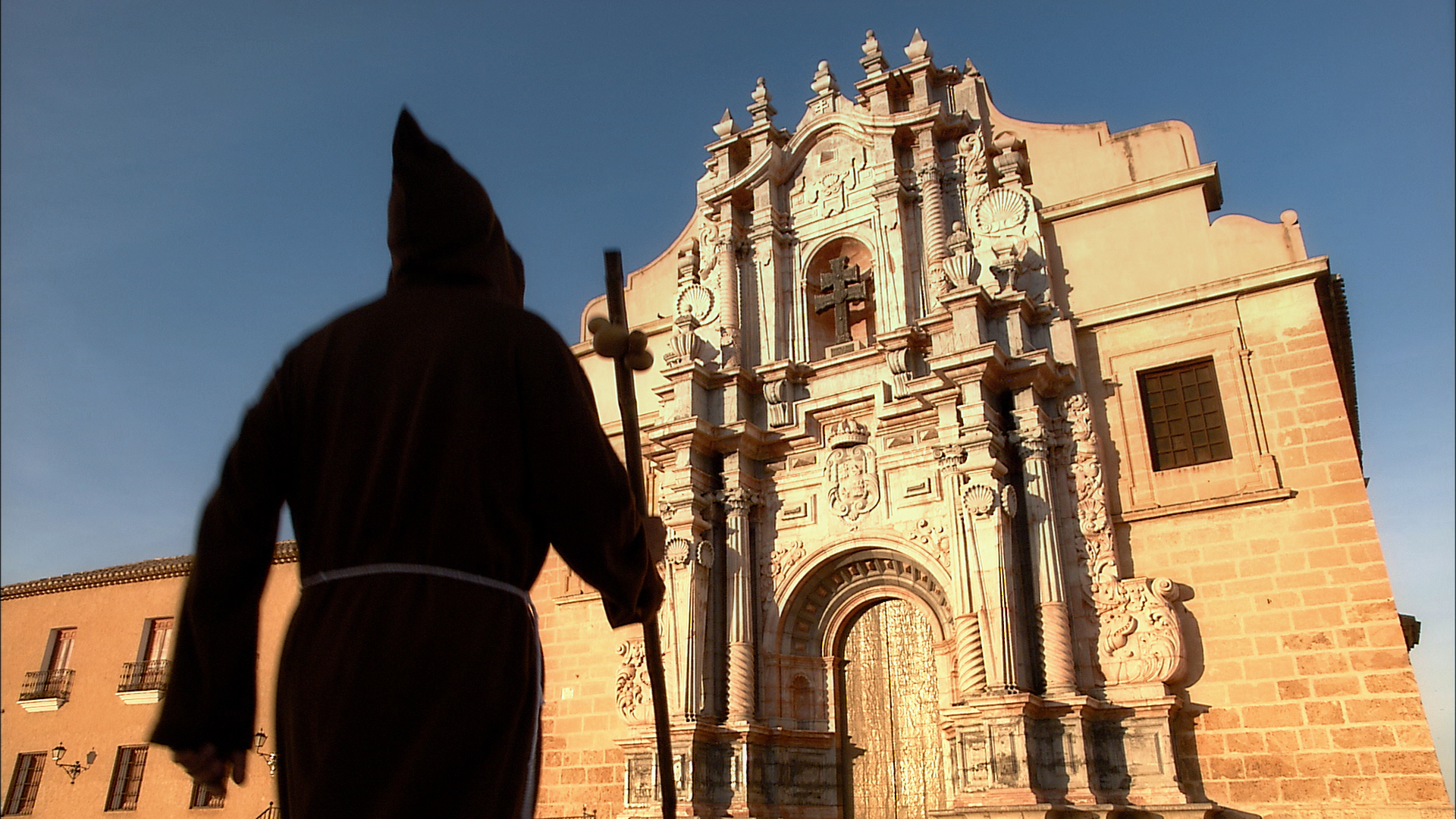 Pilgrim in the sanctuary of Caravaca de la Cruz.

The rock sites of Cieza, the Natural Park of Sierra Espuña, their wine attractions as its three P.O.D. wines Jumilla, Yecla and Bullas; as well as its historical Spas from Fortuna and Archena are other of the tourist aspects of the experience of traveling to the Region of Murcia.

The Costa Cálida offers countless ways to be happy and nothing better than discovering some of their attributes during your cruise stop in the port of Cartagena. Of course, do not forget to come back because as Zorrilla’s poem reads:

What is that Green point from Spain in such a harsh winter?

I do not know: between the steam my vision is lost, sir;