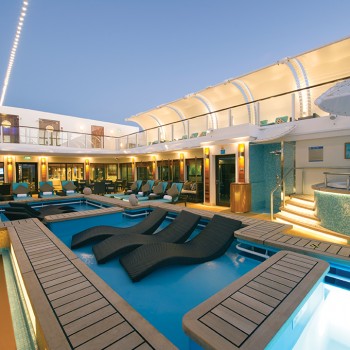 “Never walk on the traveled path, it will only lead you to where the others were.”

This phrase of Alexander Graham Bell seems to inspire the spirit of the cruise company Norwegian Cruise Line. Innovation and differentiation are the drivers of a philosophy of travel that permeates the products of this company that has in the ‘Freestyle Crusising’ concept its differential reference and mark.

Since 1966 this international cruise company based in Miami has evolved always hand in hand with new products. Its expansion and renovation plan has meant that in addition to continuing focusing on the US market, today Norwegian bet on the old continent, bringing fresh air and suggesting freedom.

In its commitment to the European market, the cruise company NCL has two offices responsible for European markets in the UK and Germany. Its position in Barcelona in 2006 has allowed to export to Europe the concept of freely navigation, without timetables or old-fashioned plans . The house brand.

Among the many awards that it has received for his management and the constant implementation of innovative attractions in its products figures the World Travel Awards as Best Leading Cruise Company in Europe, it received in 2013 for the sixth consecutive year and the distinction as Best  Cruise Company in the Caribbean; twice it has received the nomination as World Leading Cruise Company in Major Cruises. Its ship Norwegian Epic, the largest of the company has been recognized by the readers of Travel Weekly as the Best Global Cruise Ship and by Cruise Critic as the Best Ship for Navigation Day. All of them are public recognition for the thousands of unforgettable private experiences that you can live as passenger on a Norwegian cruise.

Its own president, Kevin Sheehan has been awarded as Entrepeneur of the year 2014. He himself has recognized that the distinctions awarded to the company follow a collective work of more than 25 000 people who are part of the team that works on the happiness industry.

On his way to innovate and offer travelers unique experiences without competitors, the company has made two new cruise ships, Norwegian Breakaway and Norwegian Getaway. The first offers a New York experience on board, it means that is set and has attributes such as entertainment and gastronomy that take the passenger to the atmosphere of the Big Apple. The second one is a tribute to the life and light of the base city of the company and sail the seas of Eastern Caribbean from January 2014. 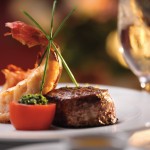 Gastronomy aboard a ship NCL 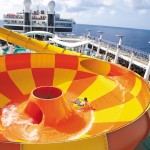 Norwegian has managed to take into account the feedback from its users and implement in various markets the products or improvements demanded by their customers based on their lifestyle, their concerns and needs. Thus, family tourism and tourism linked to relaxation experience have been incorporated into many Norwegian cruises. Prices have been adjusted to different situations.

The company gives place to gastronomy, one of the added values of the cruise experience of its fleet. So, freedom of schedules joins the large international culinary offer focused on the variety and quality as a perfect complement to stay offshore.

Thus, Norwegian has developed a global experience of freedom and sense of relaxation and serenity that transmit to users through the design of modular  holiday products. In Norwegian cruises there is no dress codes or strict schedules. It has a range of leisure and shows highly recommended and special programs for children in addition to advantages for groups and a policy of flexible and advantageous cancellation , among its many unique contributions. Throughout the year it offers cruises departing from Spain and offers assistance in Spanish on board. NCL’s European fleet has already cruises through the Mediterranean reaffirming its interest in the Spanish market and its consolidation in the continental market.

The company, in its eagerness to grow and improve, is already working on what will be the next member of the fleet, the Norwegian Escape which is being built in German shipyards and already develops new experiences called ‘interactive’. Other of the future Norwegian ships within its Breakaway Plus concept is the Norwegian Bliss, scheduled for 2017.

Moreover, in its continuous work on recycling and market adaptation, Norwegian is implementing a program of improvements and introduction of new culinary, technological and entertainment products; as well as new destinations and measures related to sustainability.

Norwegian Cruise Line experience goes after the traveler to make him the protagonist of his holiday and design his days off following his real needs, adapting to the market and working reactively with the demands of its potential customers.