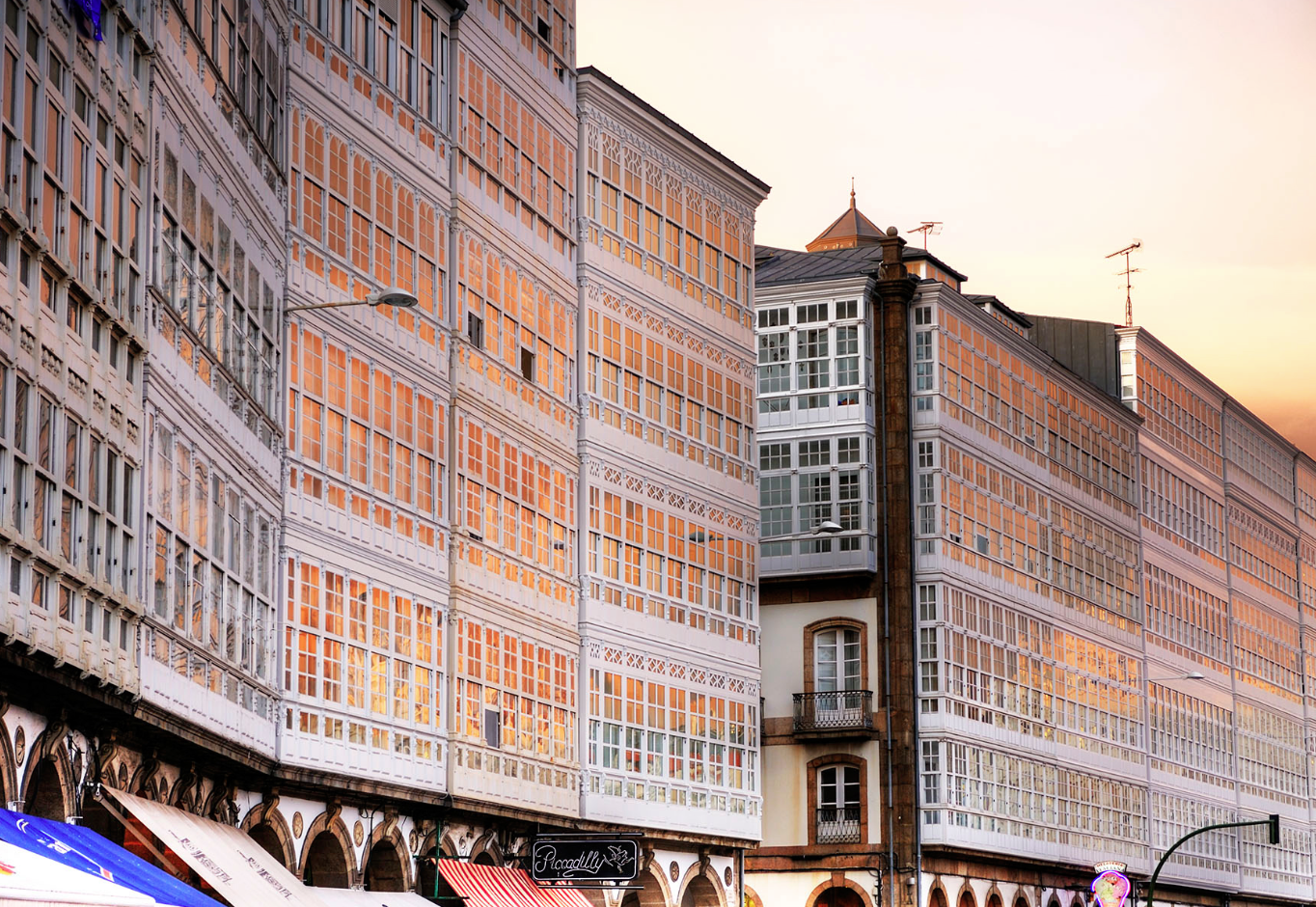 Today more than a million years ago, we snorkeled at the beaches of Riazor … reads the letter of the Spanish group Amaral on his track ‘Riazor’. A  Coruña inspires the traveler and lets you experience unforgettable moments in one of the most beautiful cities of northern Spain. Arriving by cruise to this city is a privilege. The port of A Coruña is a leader in Galicia in terms of cruise stops and each year increases the number of cruise passengers arriving to a city that has many entertainment options with a wide cultural offer and a cuisine based on seafood distinguished by its quality and its variety. It is possible to look at the official website of tourism department of the City of A Coruña and the port one to know the cruise visits planned for this year.

And so, as if it was more than a million years ago, it seems to contemplate the Tower of Hercules hieratic the waters around the peninsula on which the city of A Coruna is placed. The sea defines the true character of a destination that navigates between tradition and innovation. Not surprisingly, A Coruña has the sound of the most beautiful sea in the world as the jury The Sound of the Sea, organized by the polish city of Slupsk.

The tower is the symbol of the city and one of four declared World Heritage by UNESCO in Galicia besides Camino de Santiago, the old town of Compostela and Lugo’s Roman wall. It is the world’s oldest  Roman lighthouse working and the best presentation of Hercules City. Thirteen kilometers of seafront promenade, the longest in Europe, allow travelers to go around the city and discover some of its most emblematic resources.

The Archaeological and Historical Museum of the Castle of San Antón; the Aquarium Finisterrae or the House of Man are part of the museum and scientific offer of this city. A Coruña will celebrate the year Picasso in 2015, a great opportunity to go accross the route of the painter in the city where he lived between 1891 and 1895 and discover the places of his imagination. His house in the expansion district remains intact and can be visited for free.

The Planetarium, the panoramic elevator and the Atlantic dome of Mount San Pedro or its offer linked to spas and wellness tourism are compelling reasons to spend time getting to know this city. Galicia is the first thermal power of the state and Termaria, is one of the largest centers of aquatic leisure in Europe and the largest in Galicia. In A Coruña also seawater is healing and source of health and wellness.

But besides culture and health tourism, A Coruña has an excellent gastronomy. Its exquisite culinary tradition forms one of the key attractions of this destination. The seafood cuisine has made it home to one of the most prestigious culinary world conferences held annually alternating Galicia and Catalonia, the Gastronomic Forum, that was hold in March 2015 in ExpoCoruña.

An albariño wine and a small crab are the perfect snack on La Franja Street . Taste the delicious and freshly caught seafood from the estuary on one of the seafood restaurants of the old town is a pleasure that the traveler has to enjoy.  Live A Coruña is to live the sea flavor, the fruity bouquet of Atlantic wines and the bustle of the ‘wine street’.

A Coruña is culture, is seafood cuisine, is water sports and, above all, is hospitality. Galicia is the land of hospitality, is the goal of the Camino de Santiago and A Coruña is one of the gateways of the English Way to Santiago in Galicia.  Through the narrow streets pilgrims pass for centuries to walk the Jacobean routes. Walking even the early stages of the most intercultural route in the world can discover the wonders of heritage associated with the Camino.

A Coruña is the perfect place to collect souvenirs.