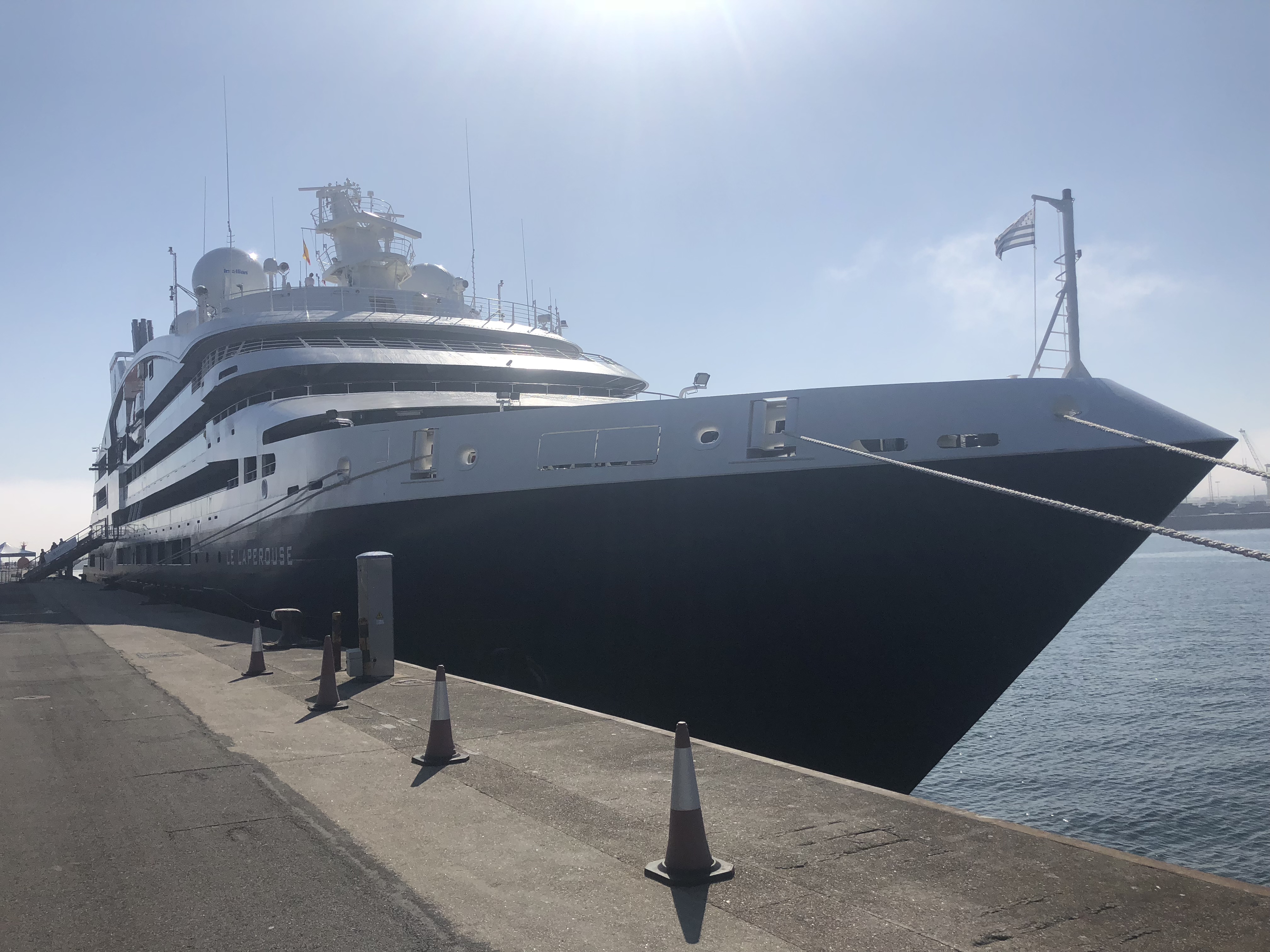 The Port of A Coruña has received this morning first the stop of Le Laperouse in the french cruise line Ponant.

Le Laperouse is a luxurious cruiseship of 130 metres length exclusive and innovative equipments. Did a cruise stop in A Coruña coming from Santander and destination Porto.  Its capitain offered a reception on boardin which they were present the representatives of the Port Authority, Corunna Cruise Terminal and the shipping agent Rubine.

After the ceremony of the metope exchange a tour was offered to see the installations, that highigth due to the elegant lines and the intimate atmosphere to guarantee  a high level tourist experience. The style joins  the essence of the path of Ponant, ownwe of the ship, that represents the french elegance and the routes to its exclusive destinations.

Stops in A Coruña in September 2018

This week in the port of A Coruña is going to receive a triple stop, asimple one and a double one between Thursday and Sunday . Next week will be growing again with a triple and double stop.

Number of cruisers in the next ten years in A Coruña

The port of A Coruña has been supported as the leader of the Atlantic Cantabrian in a number of stops as cruisers. In 2017 reached its best with 121 stops and 184,069 passengers, which was a growth of 45% with regards to last year. The growth has been 220% in the last 10 years.

Stop in Costa Favolosa and Costa Mediterránea in A Coruña

The Costa Favolosa and the Costa Mediterranea from Costa Cruises will visit this Thursday A Coruña, both of them belonging to Le Havre, in Normandy. With more than 6,000 passengers between both cruiseships, will do a stop of 9 to 10 hours in the city.

Finished the stops in the city, the Costa Favolosa will do its  next stop in Vigo  whereas it will be directed to the Portuguese port of Leixoes (Porto).