The Cruise port of Vilagarcía de Arousa is located in the Northwest of the Iberian Peninsula in the Ría of Arousa. Vilagarcía´s port has several docks suitable for the embarkation of cruises, with 13 metres of depth of water and very near the town centre.

Vilagarcía´s port is connected by mortorway with the main cities of  Pontevedra, Vigo, Santiago and A Coruña and it is integrated with the rail atlantic axis in Galicia, a high speed connection that allows the traveller to reach Pontevedra in 15 minutes and Santiago in 20 minutes.

The origin of the port´s  infrastructure in this area of Galicia dates from the first half of the 19th Century in the area of Carril of the Ría de Arousa. Nowadays is one of the main  commercial and industrial ports in the community. 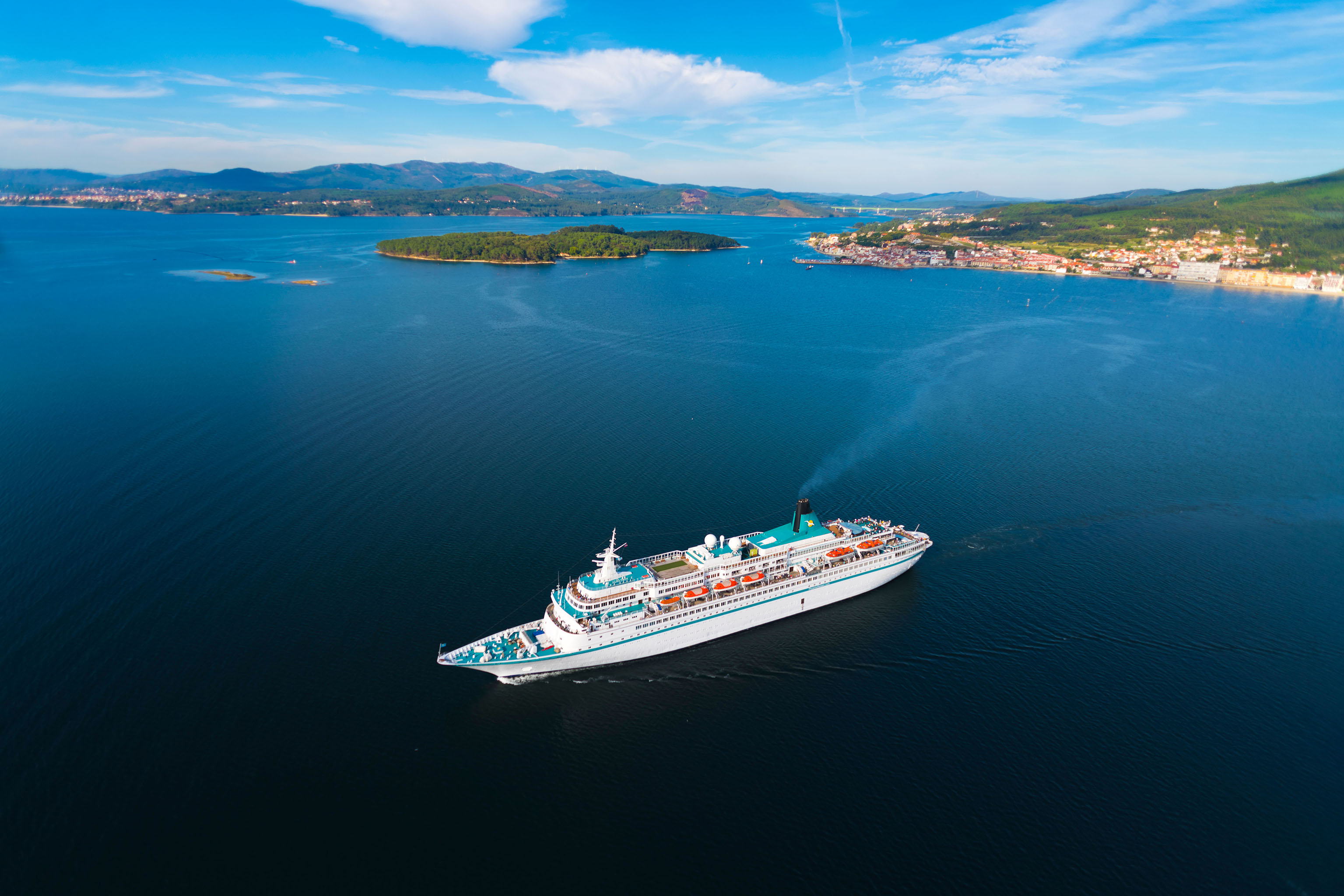 Amongst the aspects that we must highlight of the port enclave and its Port Authority is its environmental quality, security and workplace health policy. The management system of Vilagarcia´s port is backed by the policies ISO 9001:2008; ISO 14001:2004 y OHSAS 18001: 2007.

The cruise port of Vilagarcía de Arousa and its Port Authority is part of the Eco Ports network, a voluntary association from European ports that share initiatives in benefit of the sustainability and respect to the environment.

What not to miss during the cruise stop in Vilagarcía

The cruise stop in Vilagarcía de Arousa´s port is the perfect opportunity to venture in the magical Rías Baixas and to discover the city of Santiago de Compostela, the Holly City that safekeeps the remains of apostle Santiago . The tradition points out that the remains of Santiago Apostle were moved from Jaffa (Palestine) to Galicia in a stone boat, that ascended the Ría de Arousa  (estuary of Arousa) and river Ulla, in order to reach Iria Flavia (Padrón). This was the penultimate phase before reaching Santiago de Compostela.

The entrace in the Ría de Arousa allows the visitor to contemplate the regions of O Barbanza and O Salnés whereas we venture into Vilagarcía and we see the farming of mussels, an authentic landscape emblem of theses lands.

In the strech of sand between Carril and Cortegada, and in the beach from Carril to Vilagarcía, the famous  Carril´s clams are picked up. Its culture gets done in nurseries. They are plots  divided with stakes or stones that make one of the most characteristic symbols of the coast in Arousa. 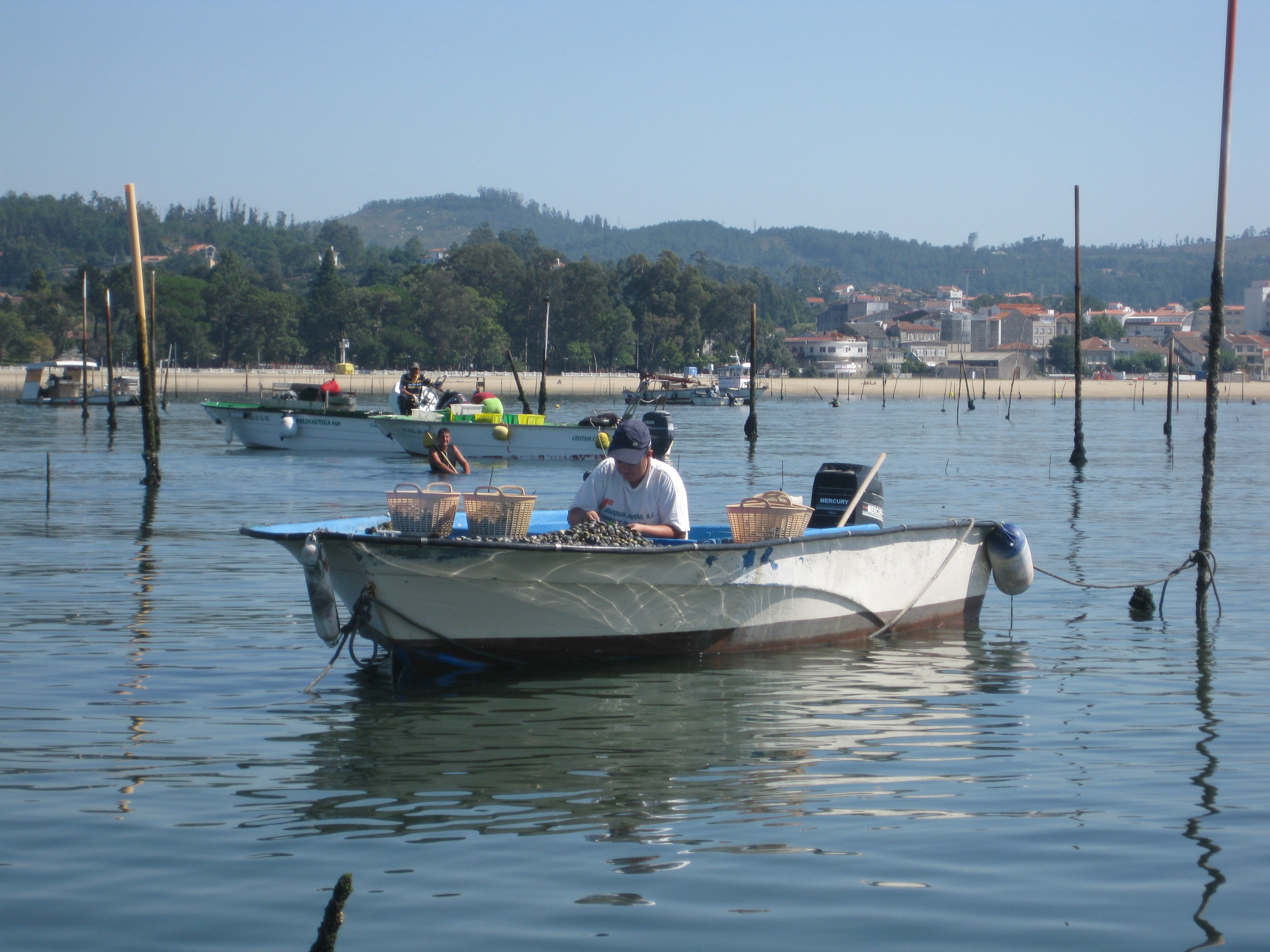 Vilagarcía´s destination offers a range of varieties for everyone. Impressive views from Monte Lobeira (Lobeira´s hill) and from  Monte Xiabre (Xiabre´s hill); the urban beach in which to enjoy the calmness and its warm temperatures. In addition to all this, the streets of Vilagarcía hold two markets: Tuesdays -whose origins go back to the 17th Century- and Saturdays, which allow the visitors to discover the daily life in town; a rich religious and monumental heritage, in which we can highlight the the pazos (traditional Galician country house) such as the Pazo of Vista Alegre, Sobrán, Pazo of Pardiñas, Rial, Vilaxoán and the one of Rubiáns, with its impressive camellias botanical garden; and the churches of Saint Eulalia, Santiago of Carril and San Martín of Sobrán. 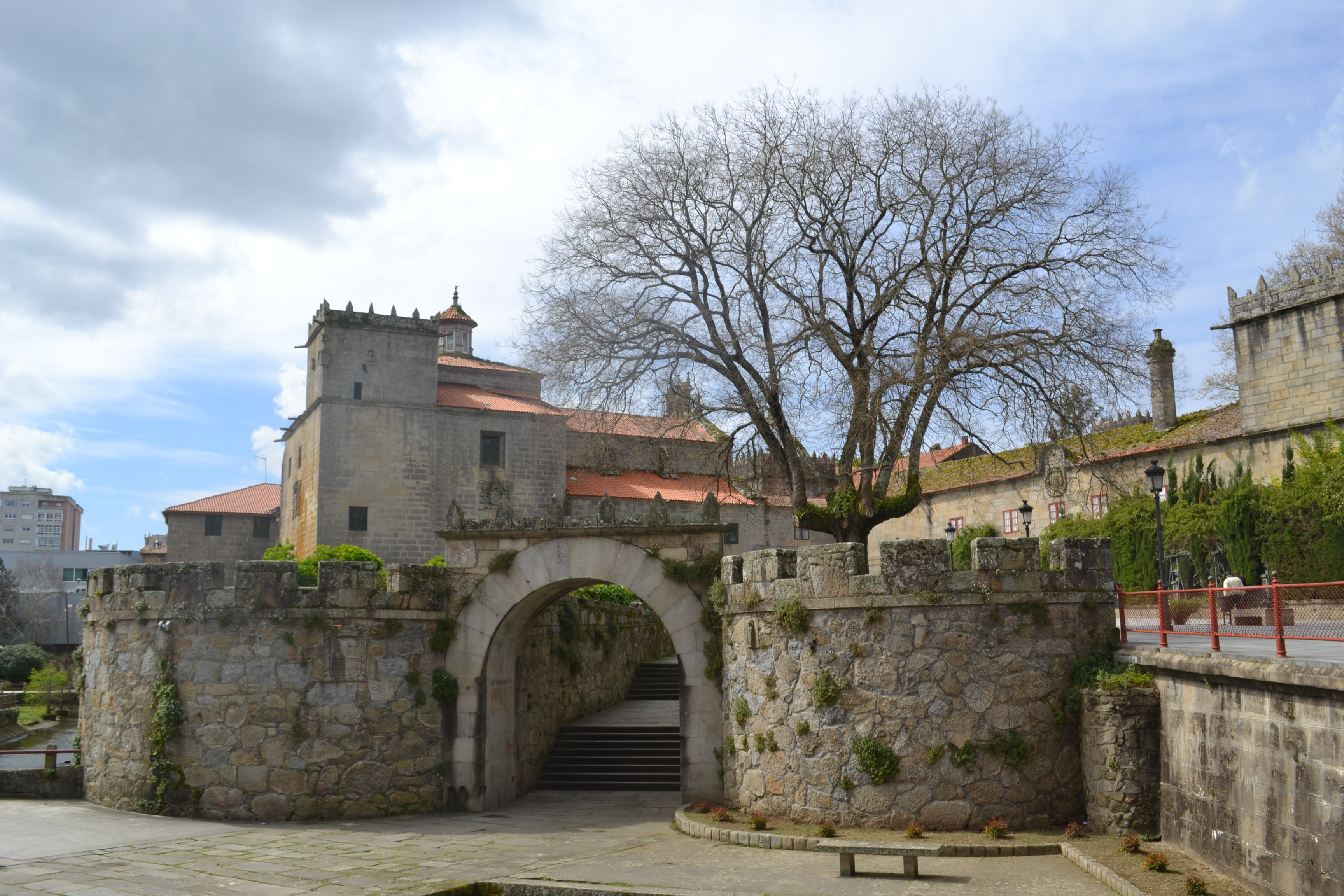 The cruise stop in Vilagarcía offer the cruisers an wide variety of excursions adapted to everyone.

Amongst the most advisable visits if you do a cruise stop in Vilagarcía de Arousa are the following:

–Heritage and nature in Vilagarcía de Arousa: Alobre´s Castro -partially dug up with explanatory panels-, the historic-artistic site which comprises the convent and pazo of Vista Alegre, and the garden Enrique Valdés Bermejo are three of the tourist attractions of Vilagarcía´s locality; situated in the town centre at very little distance between them, are the ideal starting point to visit the town, before continuing the walk in some of the pedestrian town centre streets.

–Excursion trip to Santiago de Compostela including lunch and a botafumeiro (“smoke speller”): it is posible to be in less than an hour in  Compostela´s historical centre, to visit its catedral and to enjoy its atmosphere. Amongst its heritage master pieces we can highlight the cathedral, heart of the old city. This area is vibrant and full of activity  due to the presence of pilgrims and students, and also to its wide offer of shops, restaurants and hotels. In addition, it is possible to book excursions to Santiago with a free tour or a gastronomical excursion combined with the possibility of seeing the city from the heights of the cathedral. 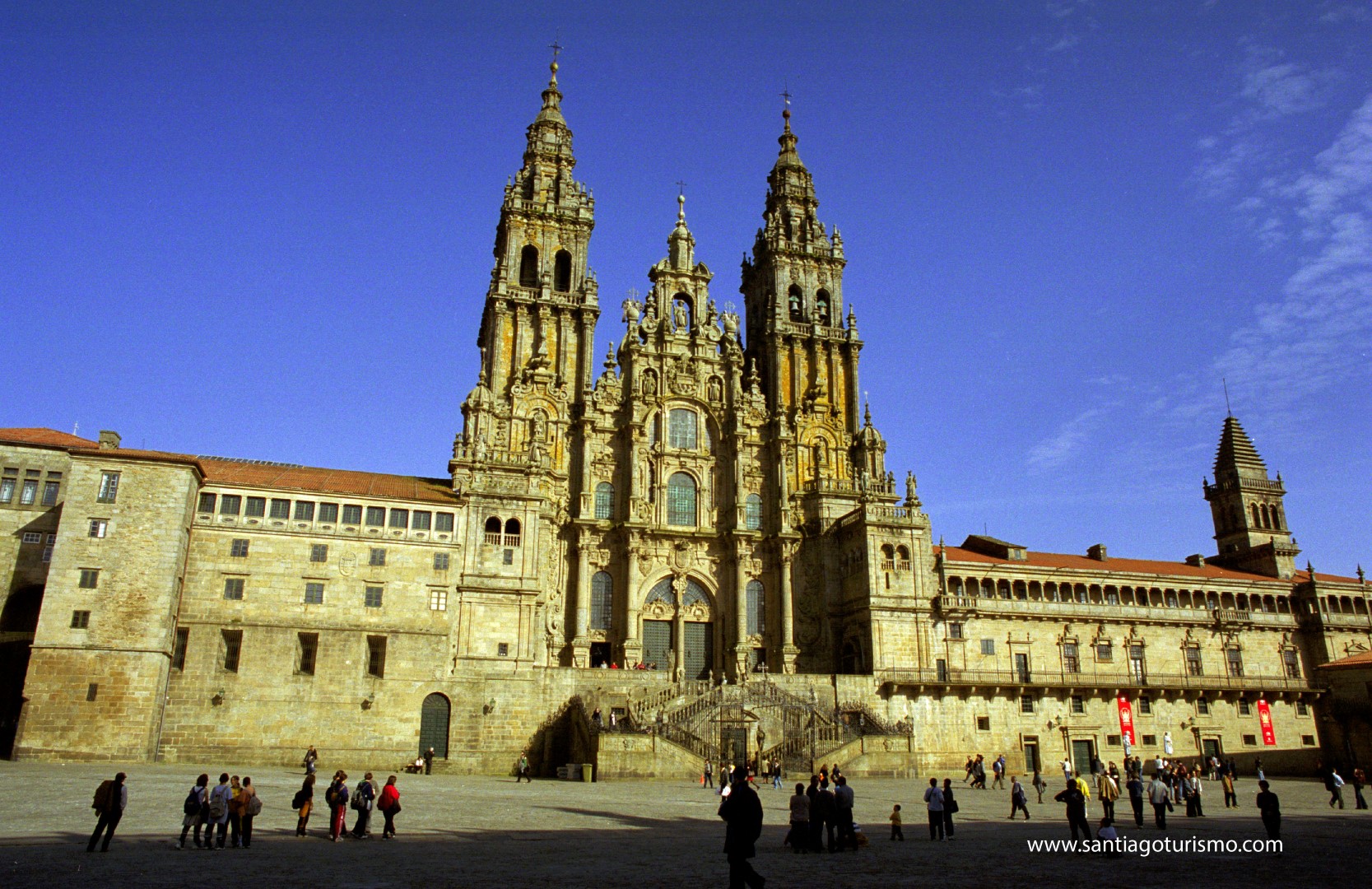 Visit to the Cortegada´s  Island and the Parque Nacional da Illas Atlánticas de Galicia (the National park of the Atlantic islands in Galicia).  It is located in the Ulla´s river mouth and one mile away from Vilagarcía, in front of the fishing village of Carril. The island, uninhabited, counts with great natural wealth. It is known as the Botanical Garden of the Ría de Arousa, including a hiking route that has about three kilometres of chesnut, oak and laurel woods.

–Santiago´s way by boat or the Ruta do Mar de Arousa (route of Arousa´s sea) e Río Ulla. It is the only sea-river route in Santiago´s way. The excursion includes going up the river Ulla as far as Cesures, with the posibility of admiring the stone “cruceiros” that mark the route, a viking drakkar and the wild fauna of the area. The second part is a route of 26 kilometres, that can be made by foot or by bus. The final destination is the historical city of Santiago de Compostela which is mankind´s historical heritage by UNESCO and apostle Santiago´s grave.

-Discover the wine and viticulture: in the surroundings of  Vilagarcía we can appreciate a number of places of interest for the traveller. If you want to discover the white wines with appellation of origin from the Rias Baixas, amongst them the rewnowned Albariño, nothing better than visiting some of the caves in the area of the Salnés.

–Viking´s route: it is possible to do an excursion that recreates the advance of the foreign ships through the Ría de Arousa and river Ulla. The excursion trip is made in  a replica of a viking boat includes a visit to Torres de Oeste, in Catoira, which are the remains of an old defensive fortification from Medieval origin.

–Sailboat ride or in speed: the suitability for the ría´s waters to sporty sailing makes posible to enjoy the sea from another perspective. It is possible to roam around the Ría de Arousa and to anchor in incredible places such as Areoso´s Isle or Arousa´s island. 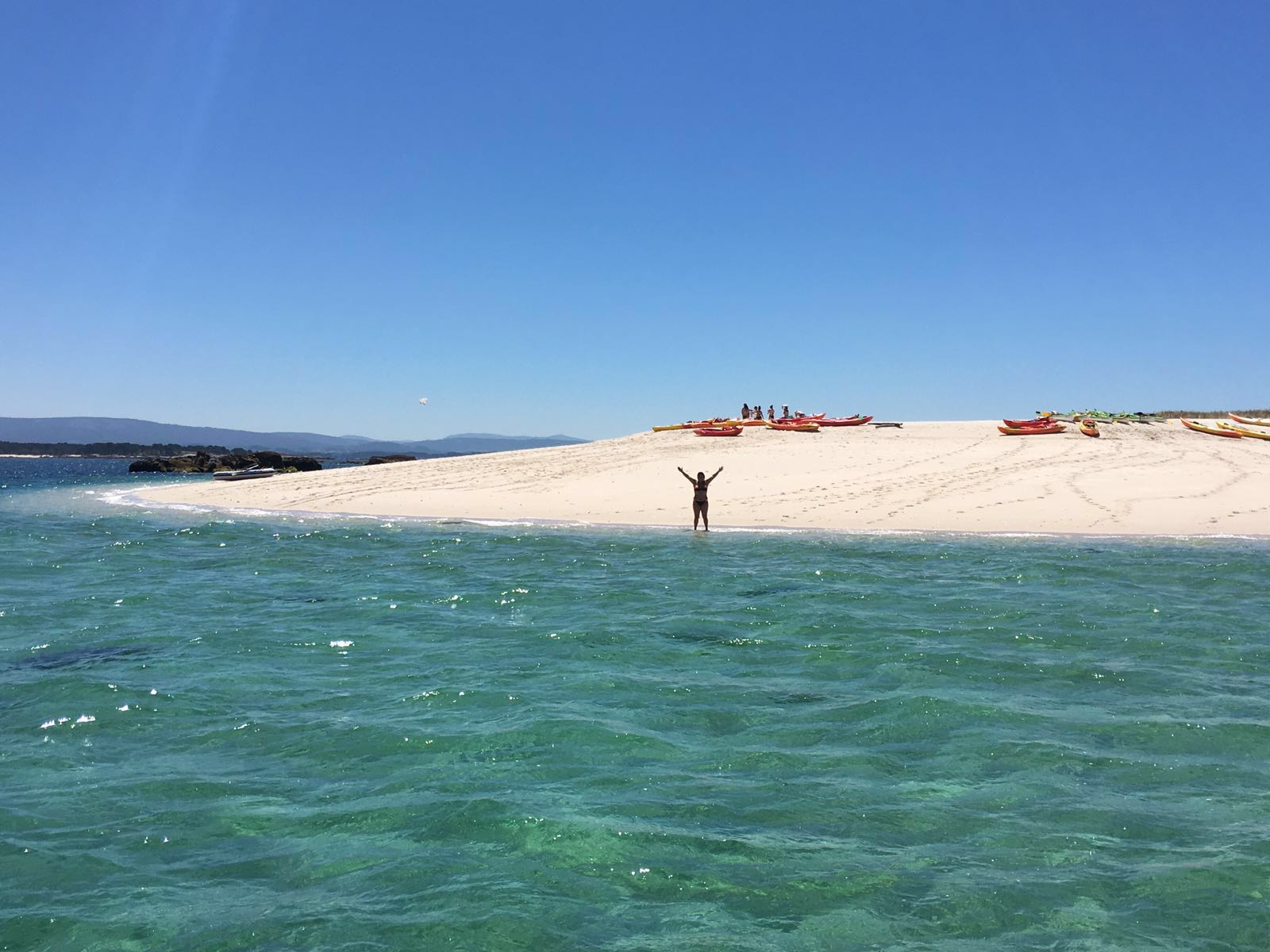 -Sports in natural spaces: trekking, scuba-diving, cycle tourism or white-water rafting, horse riding or golf have loads of supporters, which can enjoy nature and a unique landscape whilst practicing their favourite outdoor activity 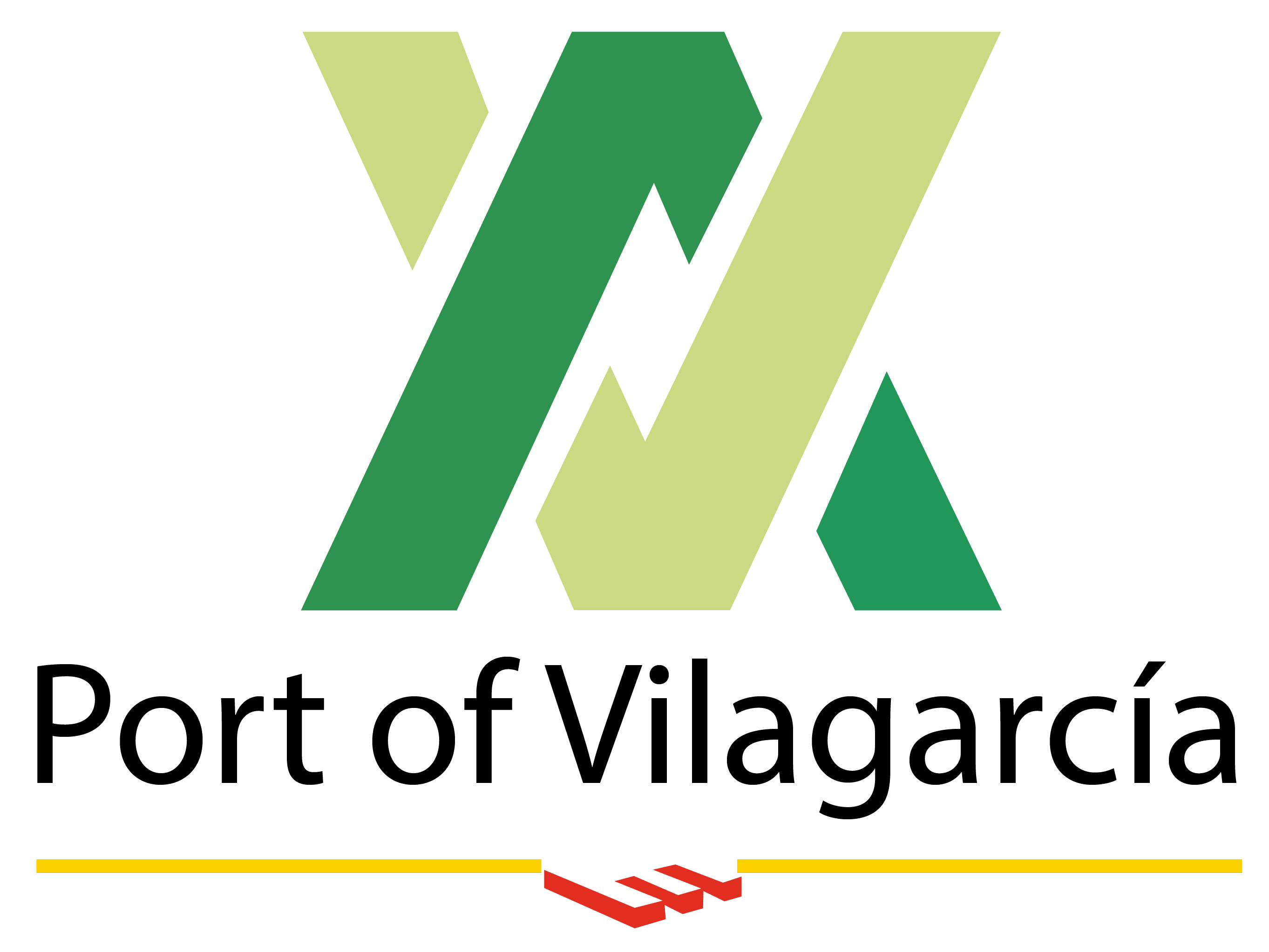 "One of the most renowned white wines in the world, the most famous nurseries in Galicia, the only maritime Vía Crucis of the world... are some of t..."
Read more