Located in the banks along a peninsula and its surroundings. The metropolitan area of Split gets communicates with the whole country and its central axis by sea and land. Many ferrys join Split with its islands, being a compulsory visit to enjoy the visit of the Adriatic.

Its port has 5 docks to moor and a modern terminal for cruises. With its actual billing, 3 million passengers and 1/2 million cars, the port of Split has become a unique destination, its heritage and it s nearly 1,700 years of tradition, the city and the port of Split has become a very demanded destinationby the cruise lines in the Adriatic. Its port has 29  moorings distributed for the domestic uses and its cruises.On top of that the terminal is found 200 metres from the city centre.

The weather in Split is mediterraneand and it is characterixed by dry summers and soft and humid winters. The average temperature in summer is higher than 22 ° C, winter; in February, its coldest month it is higher than 4° C.

The historical area of Split: what to visit during your cruise stop

The city of Split counts with a rich history and it si considered one of the oldest cities in Croatia. It is believed that its first inhabitant was the roman emperor Dioceclan, in the 293 before Christ that made him fall in love with its bay, even though they existed and there were greek settlements before its arrival.  In the following centuries, the palace got converted in the first city by its citizens and even after that grew and its authorities started to change. From the Croatian kings in the 10 century before christ, the hungarian and venetian administration passing by the french rules and the autro-hungarian monarchy. In the 20th Century, Split has lived many changesduring the II World War, was one of the anti fascist resilience centres passing by the that has lived many changes passing by the antifascist Yugoslavia giving live to a free and independent croatia and  member of the European Union.

From 2005, the historical centre of Split was included in the list of the UNESCO by the worldwide heritage. Many of the historical and cultural buildings where we can finde walls of the Dioclecian palace. On top of the many museums, Split counts with an impossing National Theatre and interesting archaeological places.

The Diocletian Palace, which remains occupy the Diocletian Palace, which remains occupy most of the historical area of Split, its made of narrow streets. Some parts of this monument are very well preserved, such as the Peristilio, a patio with steps next to the Cathedral. It is one of the best preserved in the city. In one of its laterals we can find a bar with life music nearly every nights. The Cathedral of Saint Domio it is another of the  flagship places of Split. Originally it was the mausoleum of the Dioclecian Palace and got converted into a cathedral later on. Pay its attention to the tower, that excels above the rest of the buildings ihistorical centre of Split and that it can go up by one stair. It is a compulsory visit for a cruiser in order to have the panoramic view of the city of the Adriatic. 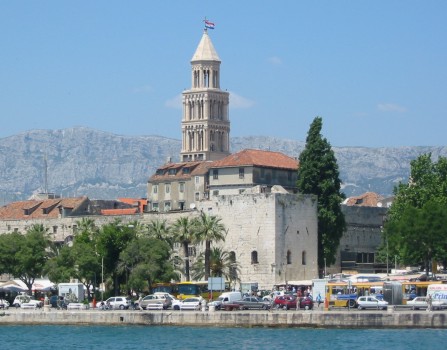 If the cruisers prefer to have more information about the history of  Split, could visit the Archaeological Museum, one of the oldest in Croatia and was built in 1820. Already in the 20th Century  the  ethnographic Museum and the Art Gallery, created in 1931.

However , you can it can be perceived through the monuments of Split in the middle ages, such as the town hall that dates from the fifteenth century.

If you do a cruise stop in Split it is advisable not to board without going for a walk in the Maritime Promenade to be able to apreciate some of the monuments of the renaissance such as the Republike square, located in the renaissance style as well as the romanesque church of Saint Lorenzo and the Popolo´s square.

Split is a city in order to get lost , because its streets are like narrow labyrinth alleways, because it is a city in order to get lost, offering a mixture in architectonic styles, the cruiser, offering a mixture of architectonic styles, the cruiser can spend the whole stop walking amongst its streets; visiting its churches of SV Nikola and Gospa od Zvonika visiting its museums that shows famous artists in Croatia such as Ivan Mestrovic. In some of these buildings  such as the Maritime Museum, located inside a fortress of the sixteenth century,important pieces are preserved in the historical pieces and the as the navigation chart . Without a doubt in Split the culture and art are the main characters.

A modern Split, a place to get lost

Split is where the Mediterranean Games took place in 1979, the infrastructures created for this event took the offer of the maritime sport offer, with its 4 sports ports: Split ACI Marina, Spinut Dock, Poljud Port and Zenta dock. As well there is an available terrestrial offer as climbing, throw… and they are witnesss of this event . Clubs around the world participated in it. 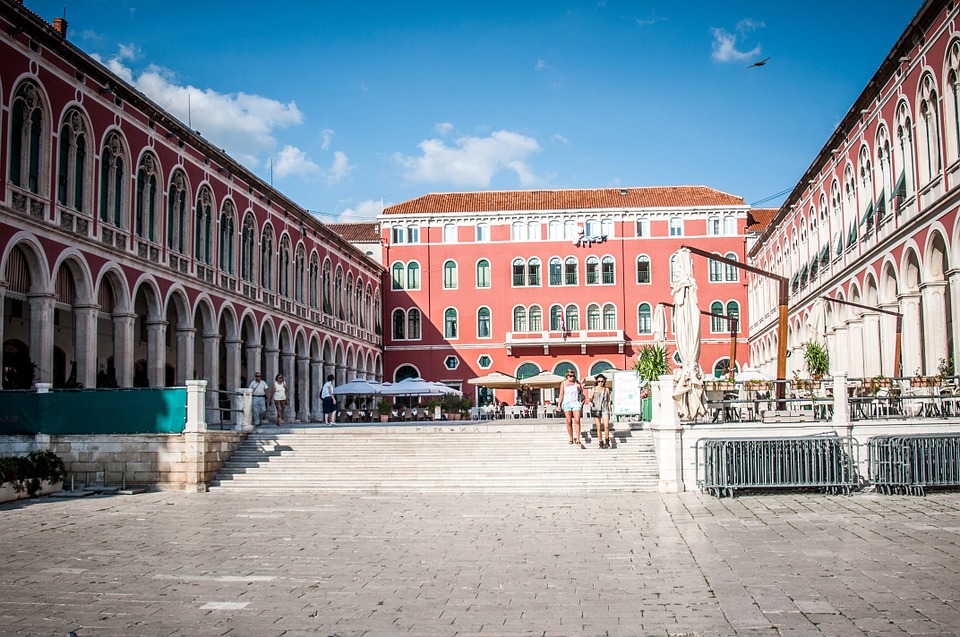 Fresh air one step away from Split

Only 15 minutes away from Split the cruiser can enjoy the nature in its pure state: Marja, where it can be seen the the  Forest Park or its zoo. It is a very advisable to enjoy its panoramic view of Split . Reaching the the top of the Telegrin, is one of the highest, and where on of the highest and from which you can see the isles of Havar, Brack Solta and Vis, as well as the city of Trogir.

The food in Split

Each passenger that does a cruise stop in Split should do a cruise stop to taste all the cullinary specialities, purely mediterranean character and Itaian, Greek and Spanish influences.

Typical from Split is the dalmatian pašticada, a delicious meat stew, as well as the typical freshwater crab, the Komiža, Hvar or Vis, a wiener  luganiga, a type of thick rustic pork salami of roman origin and the arambašići, some of the stuffed pork fermented cabbage rolls . The suffing is made out of pork and calf, typical from Sinj, a city situated near Split. All of this watered with wines of the Hvar isle, such as the vugava or the  Plančić, and the smutica, a red wine drink mixed with sheeps or goats milk.

Without a doubt the cruise stop in Split, it is a good occasion to known the Croatian culture and one of the most beautiful places in the Adriatic.