Dubrovnik, former Republic of Ragusa, is known as the pearl of the Adriatic for its spectacular landscape and its valuable historical and artistic heritage. It has the declaration of World Heritage of Unesco.

Located in the Dalmatian region, Dubrovnik is a great cruise port, for which it offers the possibility of anchoring in the northwest port or in the bay, near the Old Port and the historic city.

The main activities of the Port Authority of Dubrovnik are the direction, development and use of the passenger port of the city, a port open to both domestic and international public. The main goal of the Port Authority of Dubrovnik is to develop this world-famous cruise destination and to become one of the most visited ports in the Mediterranean, thanks to its image and wide range of quality services.

Dubrovnik is located on the Adriatic coast of southeastern Croatia and its prosperity has been based on its maritime trade. In the Middle Ages, as the Republic of Dubrovnik, it was the only Adriatic city capable of dealing with Venice. Supported by its wealth and diplomacy, the city reached an important level of development, particularly during the 15th and 16th centuries 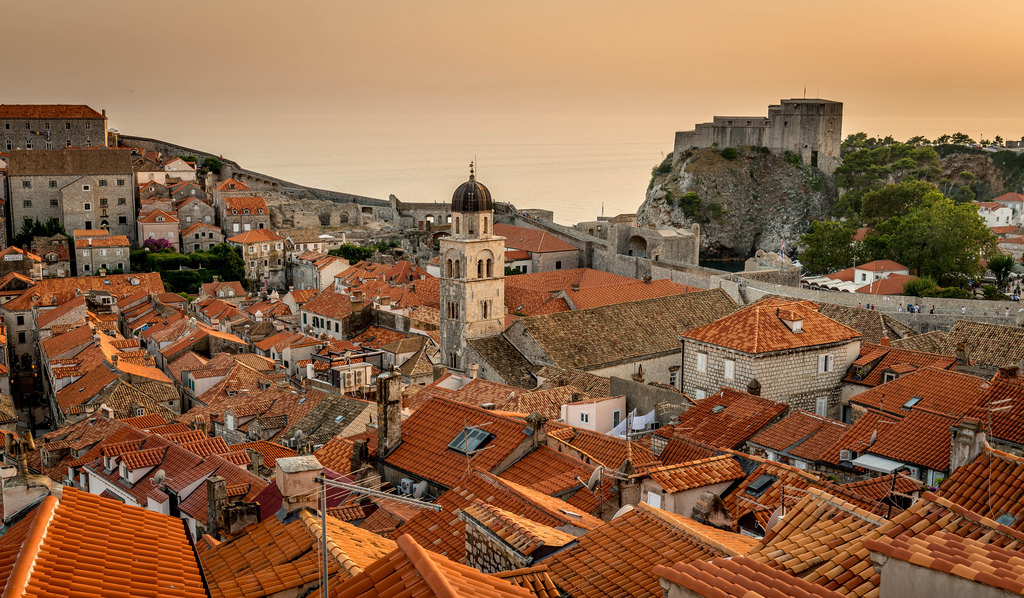 Due to the good connections of Dubrovnik, the Port of Dubrovnik has already been very important for the region throughout history. Today, Dubrovnik is a very important tourist destination in the Mediterranean and attracts a large number of visitors every year. The long and enlightened maritime history of the city makes Dubrovnik an important cruise destination.

Dubrovnik is a city, a port and a tourist center on the Croatian south coast. At the foot of the Srd mountain of limestone in a valley sheltered to the southwest by the Lapad and a small recife, the old city of Dubrovnik is located. The old town was connected to the suburbs, on the other side of the valley, between Gruz Bay and the north of the Old Port.

Stradun, also known as Placa is the main artery on which the city is articulated. In it, the most representative buildings of Dubrovnik are located and it is 300 meters long and divides the old town in two. The street is connected by two opposite doors: the Ploce Gate in the East and the Pile Gate in the West. Once the port was built in Gruz Bay, Gruz gradually annexed Dubrovnik and became part of the city. Later, Dubrovnik also extended towards the peninsula of Lapad.

The climate of Dubrovnik is characterized by dry and warm summers and mild winters. The temperature on the coldest day of February is 4.6º. The warmest month, in August, of 26.2º. During the cold months of the year, Dubrovink has a low percentage of rainfall throughout the year and 2,554 hours of sunshine per year. Dubrovnik is among the sunniest cities in southern Europe. In July, up to 12 daily hours of sunlight are registered. Its vegetation is subtropical and very exuberant. The southwest of the Old City is a tourist area and is known as Ploce; West lies Lapad; to the northwest lies the Puerto de Gruz.

The city has a number of cultural and educational institutions, the Nautical College, the University of Tourism or the university center for Graduate Studies; the Institute of History, the Croatian Academy, the Institute of Arts and Sciences. The port of Dubrovnik is in the center and has a marina.

The walls of the old city of Dubrovnik surround its historical centre. 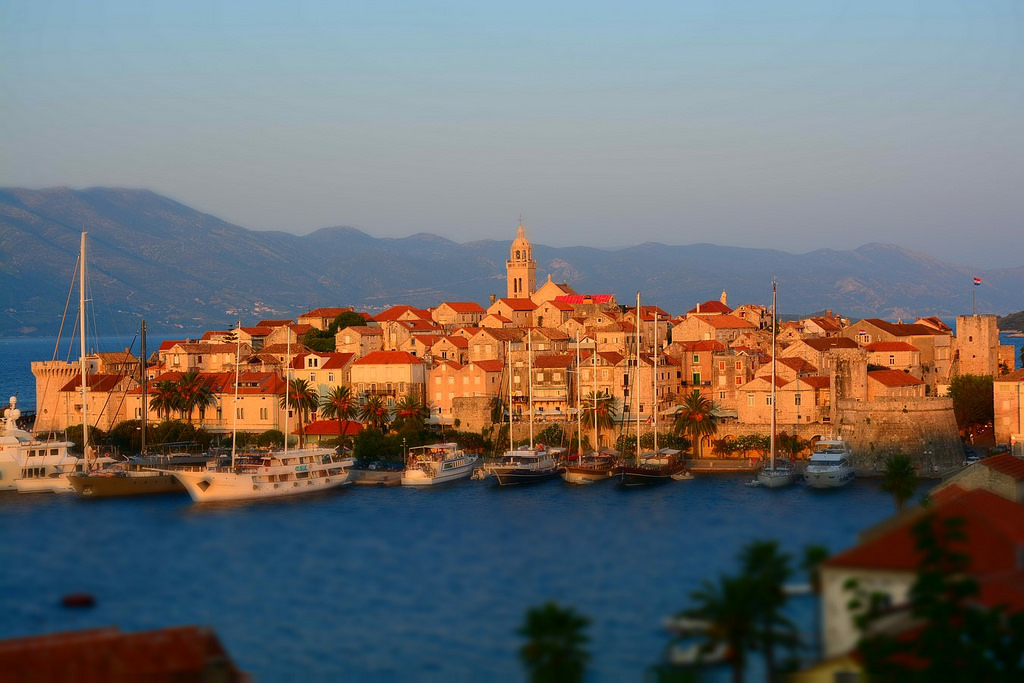 The year 2019 is a special year for Dubrovnik because it commemorates the 40th anniversary of the declaration of Dubrovnik as World Heritage of Humanity and its inclusion in the list of UNESCO. In 2019, 20 years have also been celebrated since Dubrovnik was removed from the list of World Heritage of Humanity in Danger. In this list was included during the devastation that the historic center suffered in the Civil War of Croatian independence. These important ephemerides were preceded by the exhibition ‘Dubrovnik: a city with scars’.

This year also marks the 10th Anniversary of the inclusion of the St. Blaise Festival in the list of Intangible Cultural Heritage of Humanity. In addition, the 600th anniversary of the installation of the Orlando Column in the main square of the city is celebrated. Next to St. Blaise, the divine protector of the city, the Medieval Warrior is one of the symbols of Dubrovnik. Over the centuries, this city has been famous for its architecture, diplomacy, trade, science, as well as for its achievements as a civilization.

Nowadays, Dubrovnik is the leader of Croatian tourism. During the year it offers a variety of cultural events, as well as authentic local gastronomy, unique atmosphere and hospitality.

This year, Dubrovnik also celebrates the Year of Orlando – not in vain, the city has for 600 years with the Column of Orlando in front of the Sponza Palace and the Church of St. Blaise-

Meet the Dubrovnik Summer Festival, the largest Croatian music and theatre that has been held for 70 years

Dubrovnik´s tourist resources: what to visit during your cruise stop

Amongst the most significant tourist resources of Dubrovnik stands out its extraordinarily well-preserved wall of the 10th century. It has almost 2 kilometers and is one of the ones with the best degree of conservation of those located in the Mediterranean. 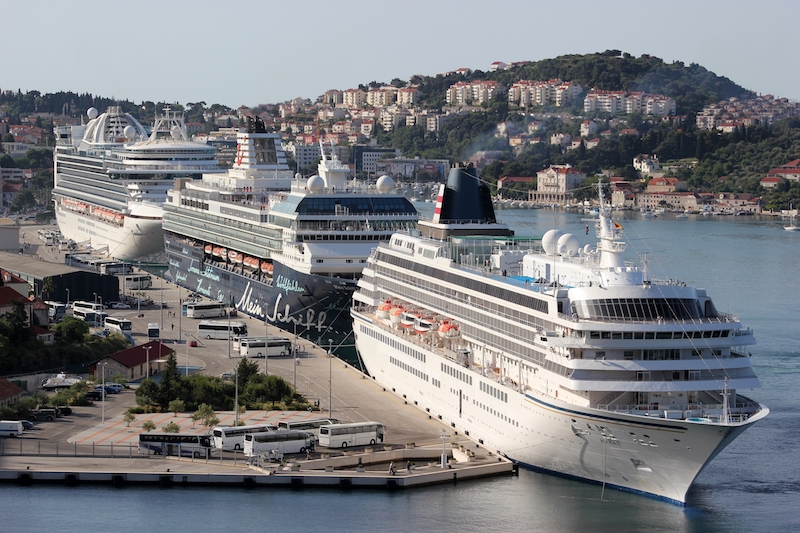 The statue of Roland is the symbol of Dubrovnik. At the beginning of the 15th century, Dubrovnik was a large area under construction. In addition to the many public and private buildings that were built in those years, a special project dedicated to the construction of the city hall. An intersection of the main streets of the city. Until today the square is the space in which the church of St. Blaise is located – in the heart of the city behind the Srd mountain – and the statue of Roland (Orlando) that still remains erected in the city. This noble of the Court of Emperor Charles the Magnificent whose history is linked to medieval legends, represented the freedom of Dubrovnik during the Renaissance.

The 600th anniversary of this sculpture that can still be seen today is for her a huge recognition as a work of art and also as the true symbol of the city.

At the beginning of the 15th century and during the Golden Age of Dubrovnik, the master Lombardi Bonino di Jacopo da Milano was hired to make this sculpture. Bonino created his most significant work in several Eastern cities of the Adriatic coast, mainly in Split and Sibenik. But his masterpiece has been the statue created for Dubrovnik in which he represents Rolando. The task was not to interpret a sacred theme in this sculpture -a dominant concept in the artistic world of the time- but the creation of a public and popular sculpture in the fullest sense of the word.

The Bonino´s Roland replaced a previous sculpture dedicated to Roland. However, with the shape and style of the new square and after the erection of the church of St. Blaise it was decided to change the style of the sculpture. The new sculpture was commissioned by decision of the local authorities in 1418 and installed a year later. It shows the figure of a young knight attached to a huge column that serves as the basis for a standard of the flag of St. Blaise, the patron saint of the city. The figure of the knight in his battle suit, armor, shield and sword is completely reminiscent of Bonino’s style. The sculpture is halfway between rest and relaxed and affable expression with a certain tinge of pain – characteristic of the Gothic figures – .Bonino’s Roland replaced 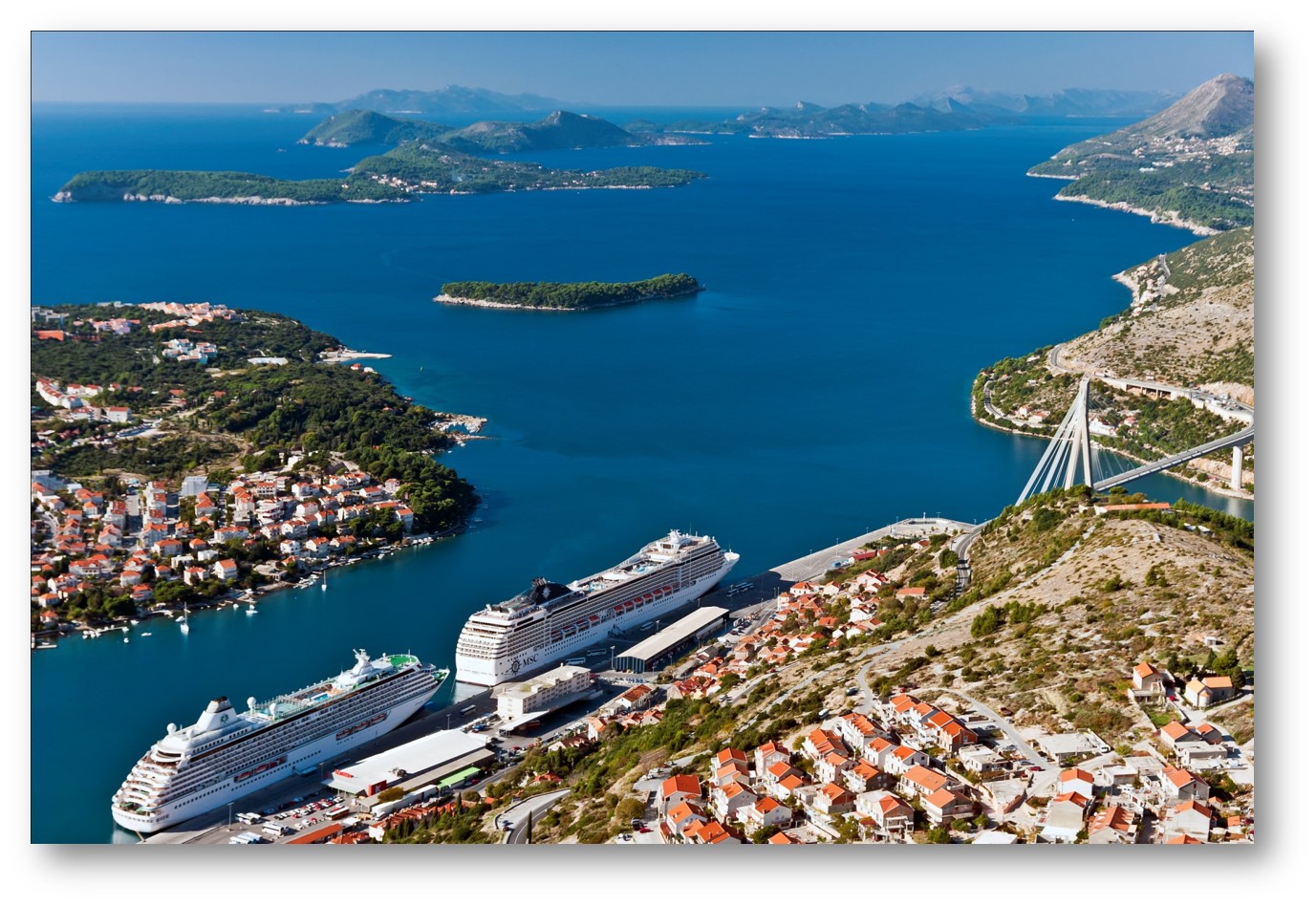 The circumstances of the sculpture’s request clarify the political and symbolic situation of the moment. It is considered that the statue of Roland was erected at the end of the Venetian mandate on the city and the beginning of the reign of Croatian-Hungarian protection. The figure of Rolando, according to this interpretation represents the new found freedom of Dubrovnik. However, the symbolic charge of the sculpture was only understandable to the most informed people during the long history of Dubrovnik. The figure of Rolando was placed in a public and central place to symbolize credibility and justice.

The length of Rolando’s forearm -51 cm- was used as the basic measurement unit of the Republic of Dubrovnik. All decisions made by the authorities were announced on the statue of Rolando. As Filip de Diversis, the Tuscan humanist, wrote, this place was used as a place of execution for criminals. Most of the time they were tied to Rolando’s statue and were flagellated. It is one of the first public sculptures in the Adriatic area. Its location and its uses and public rituals have endowed the monument with symbolism and meaning.

During the war of the early 90’s, the statue of Rolando was protected with a wooden frame that made it resistant to attack. Unfortunately today it shows signs of deterioration through cracks in the base of the sculpture. It is trying to maintain given that it is the historical memory of the city.

The grastronomy of Dubrovnik: what to taste during your cruise stop in Dalmatia

Amongst the culinary offer that the port of  Dubrovnik offers oysters and mussels can be highlighted. The kotonjata, a melon sweet and the mantala put a sweet end in the menu. As starters a cruises can taste. dried figs, rich in sugars, dried in the sun and fresh air. The gastronomical offer have a big italian influence,  frequently the plates star with black risotto or spaghetti with squid in its ink. The Dalmatian cuisine offers a great variety of lowland fish: bass, grouper, mackerel and sea bream. Fish is usually grilled with local olive oil, garlic and lemon. Also – as it is a region rich in fresh water – it is famous for its frogs, eels and crayfish. Although we can not forget the meat either. Like the thin slices of smoked ham (pršut), usually served as an entree. Lamb is also popular either cooked or baked. Dalmatian patiscada is a type of meat stew (beef stuffed with marinade and wine and spices) normally served with gnocchi. A local specialty is the meat with vegetables cooked under an “iron bell” (kind of covered iron paella), it takes 3 hours to prepare it. Cheese lovers should try their great offer.

In the markets you can find a dense white cheese that is usually served as an accompaniment to the salad with salt and pepper. Dalmatian desserts have the essence of simplicity. The most popular ingredients are fruit: dried figs, raisins, almonds, honey and eggs. Dubrovnik’s most famous dessert is the crème caramel known in Croatian as Dubrovacki Rozata. It also highlights its wine production. In addition to the world-famous Merlot and Cabernet Sauvignon you can find typical wines of the country such as Plavac Mali, Kadarun and the typical white wine of Dubrovnik.