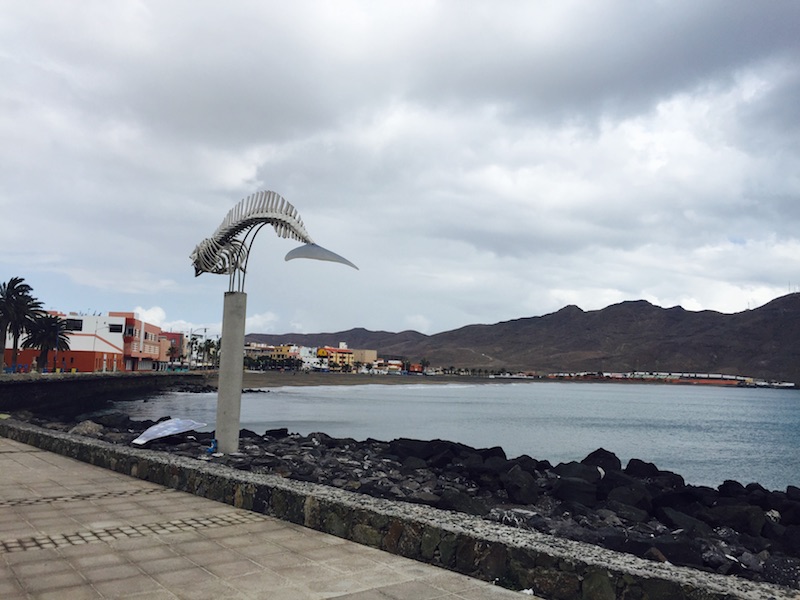 Gran Tarajal has a maritime promenade in the port terminal vicinity, it boosts with restaurants and shops and stores, in which you can enjoy a sunny afternoon gazing at the calm waters in its urban beach.

This area of the island is characterised by a great economical development. In addition in the lasts years it has experimented an important tourist development. However, this new activity is not at all invasive, so doing a cruise stop in Gran Tarajal allows the visitor meet the most authentic means and the to meet Gran Tarajal´s  traditional way of life. 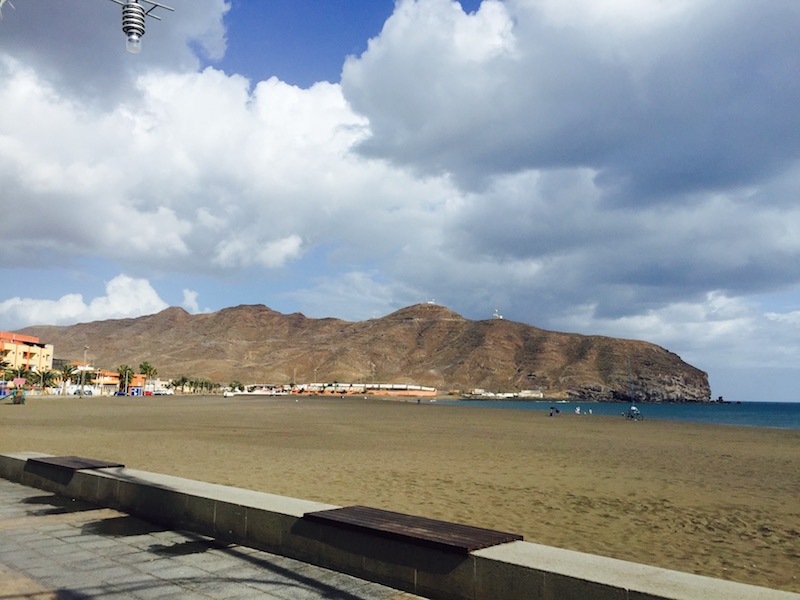 Sightseeing from the Gran Tarajal´s beach from the restaurants area in its maritime´s promenade.

Gran Tarajal´s cruise port is the closest to the African continent and it is located in the East coast of Fuerteventura´s island. Gran Tarajal is the second services and commercial hub with biggest dimensions in the island. Along with Puerto del Rosario and Morro Jable integrates the commercial communication ports with Tenerife and Gran Canaria.

What to visit in Gran Tarajal

To do a stop in the Gran Tarajal´s  cruise port allows us to  discover  one of the most delightful sandbanks in the island, as well as the Gran Tarajal´s beach, that boosts with more tha one kilometre of gorgeous black sand; Tarajalejo´s beach, Giniginámar´s beach or Las Playitas.

In Gran Tarajal´s beach, in the main urban centre and with a delightful maritime promenade, each 12th October the is a outdoor performance of the The English landing in the Tamasite´s battle . 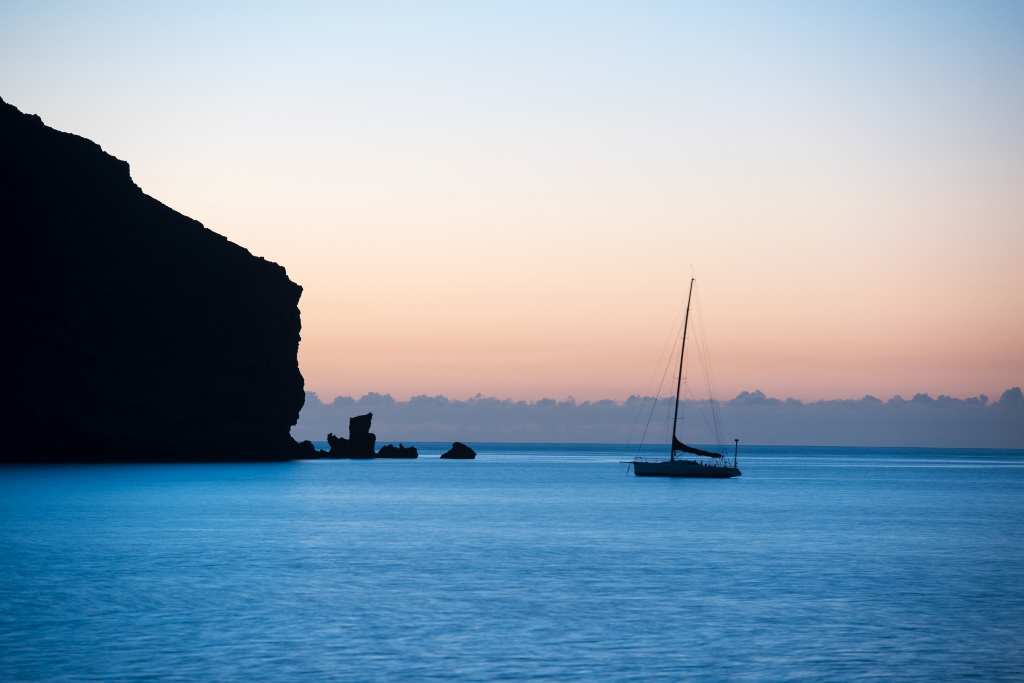 The natural and  landscape value from Gran Tarajal it makes the perfect place to do a cruise stop.  Photograph from Tuineje´s  town hall.

Amongst the tourist resources in the area of Tuineje that you cannot miss out are Tarajalejo y Las Playitas.

Tarajalejo is a cute fisherman´s village, that has semiurban beach more than one kilometre long , in which is worth tasting fresh fish  by the sea shore-comber, whitecap, fish still, mackerel, wreckfish and fish stew-, listening to the breaking waves in the black sand beach.

A filled palm trees valley and a wind sheltered beach in which you can practise nautical sports are the main claim of Tarajalejo.

To taste delicious fresh fish and papas with mojo verde (potatoes cooked with a green sauce) gazing at the sea are some of the unique pleasures that offer the stop in Fuerteventura.

At only 5 kilometres of Gran Tarajal we can find the locality of Las Playitas, another fishing village that has become a tourist destination renowned by its quality. The sports activities are the leisure epicentre  in Las Playitas. Golf, trekking, cycling…thousand of options in a unique landscape, that mixes up  white, blue, green that charaterises the palm trees and the golf course and the grey colour of its spectacular sandbanks. 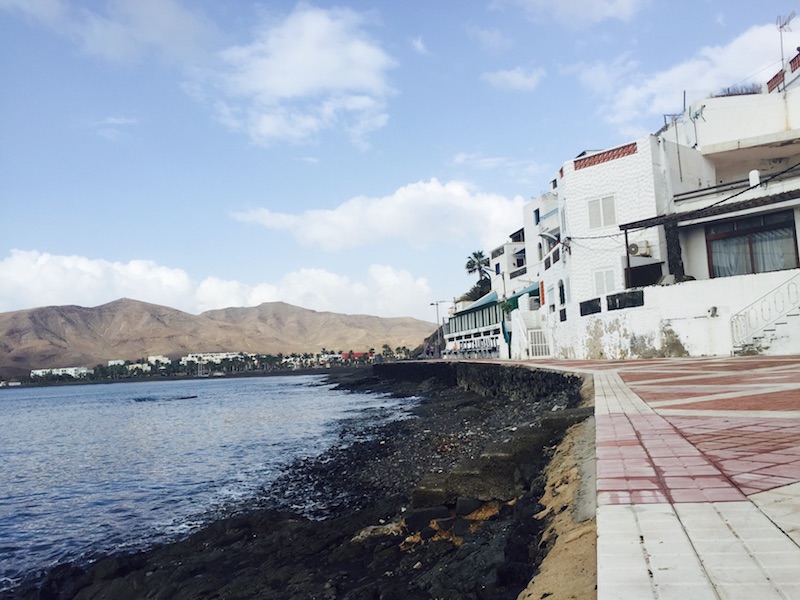 Sightseeing from Las Playitas from its sea side promenade.

In Las Playitas it is located the Sports facilities Resort, one of the biggest in Europe and that has facilities such as the gym, the olympic pool, an 18 hole golf course and numerous posibilities to practise outdoor sports and the seaside.

If you visit Las Playitas, do not miss out the spectacular views from its scenic overview as well as promenda in the casas blancas delightful village. 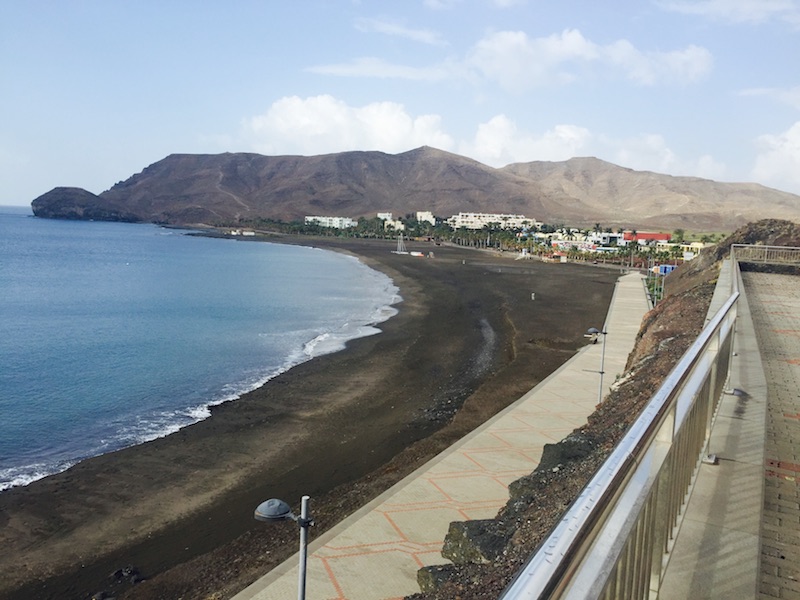 View from Las Playitas lookout point, where you can find one of the sport facilities in Europe.

Fuerteventura is a Biosphere reserve and counts with 13 Natuaral Spaces with different degrees of protection that make the cruise stop in Fuerteventura and authentic reengaging in nature.

If we do a a cruise stop in Gran Tarajal we will have the chance of meeting some of the most special  natural resources in Fuerteventura.Few distance from Gran Tarajal are located in the following natural spaces: 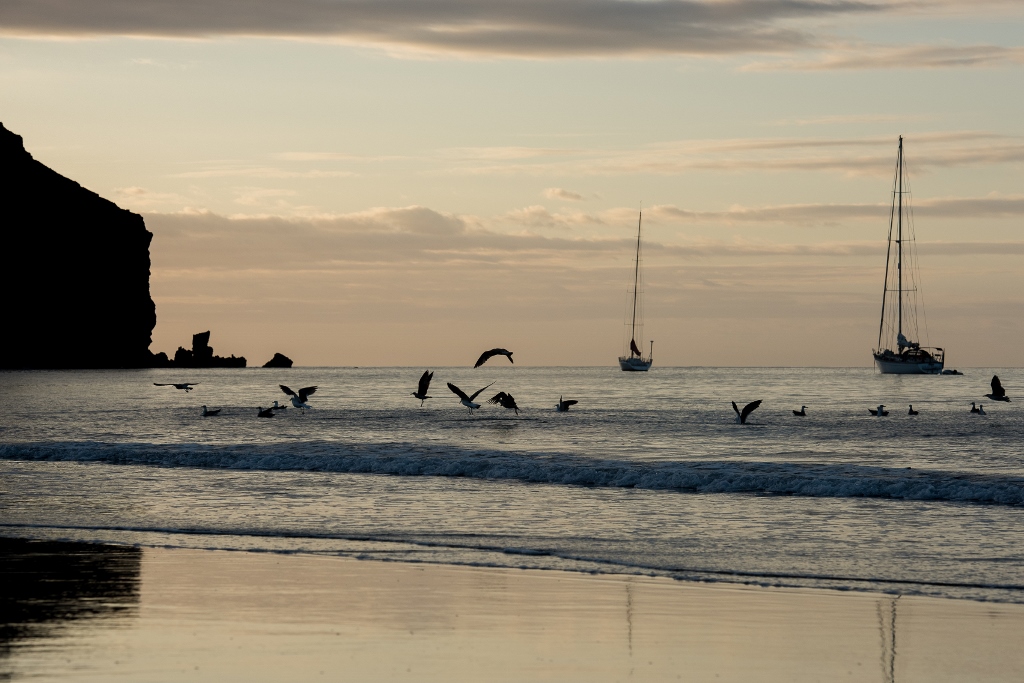 The nautical activities and the leisure fishing are found amongst the tourist activities of Gran Tarajal. Photo from Tuineje´s town hall.

What not to miss in Gran Tarajal´s surroundings

Apart from enjoying some of the tourist means from Gran Tarajal´s beach, such as San Diego of Alcalá´s church or the murals route and the Quesería Maxorata, the surroundings of the Gran Tarajal cruise´s port offer interesting  alternatives to visit while in your cruise stop in Fuerteventura. 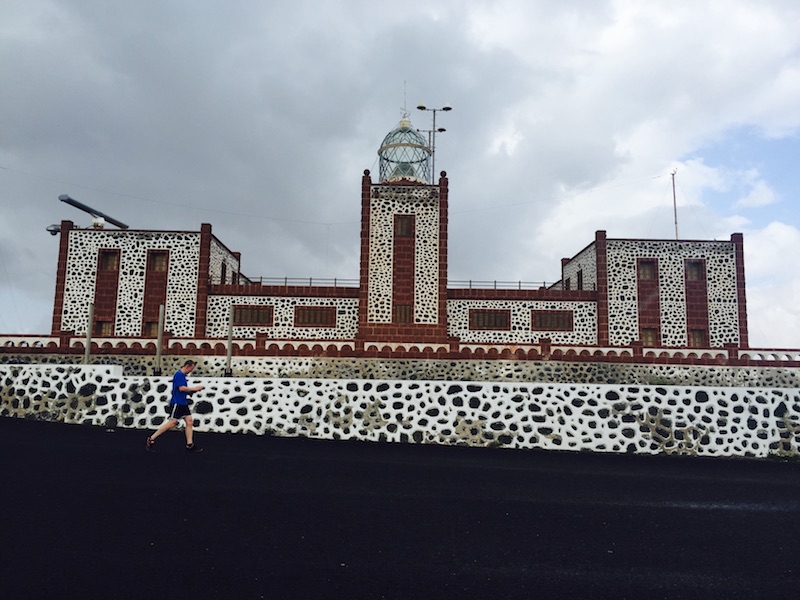 Sightseeing from La Entallada´s  lighthouse, where the Natural Monument of Vigan´s knives.

It is worth visiting  an excursion trip to go by bike or making a small route trekking to the lighthouse gazing at the impressive views from its lookout  Natural Monument form the Vigán´s knives. 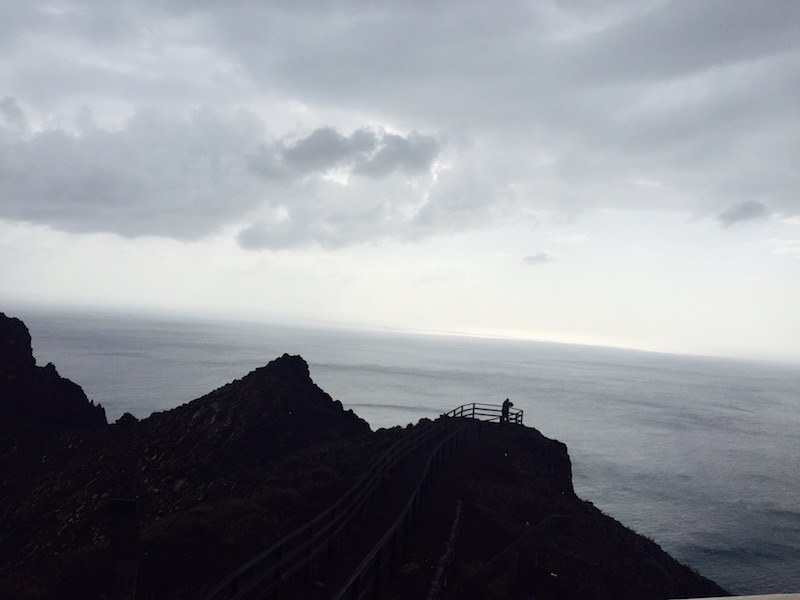 View from the lookout of the Entallada´s lighthouse. 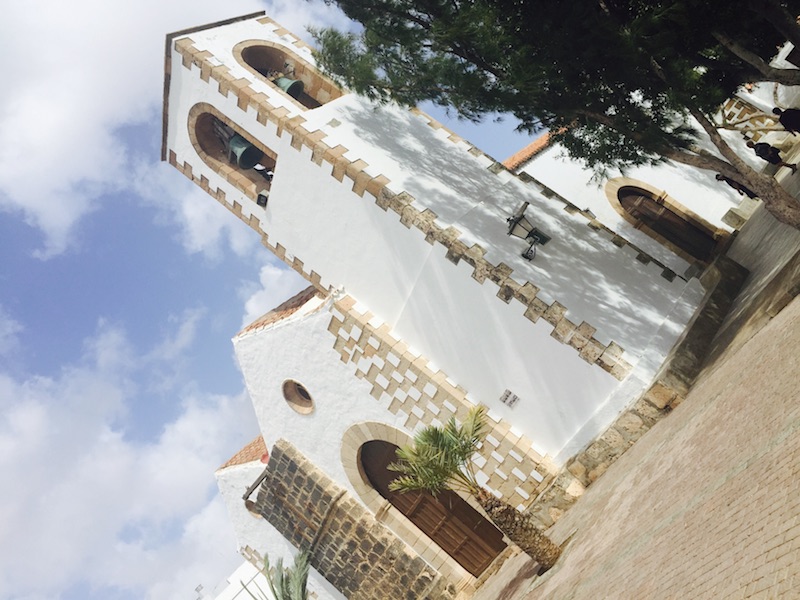 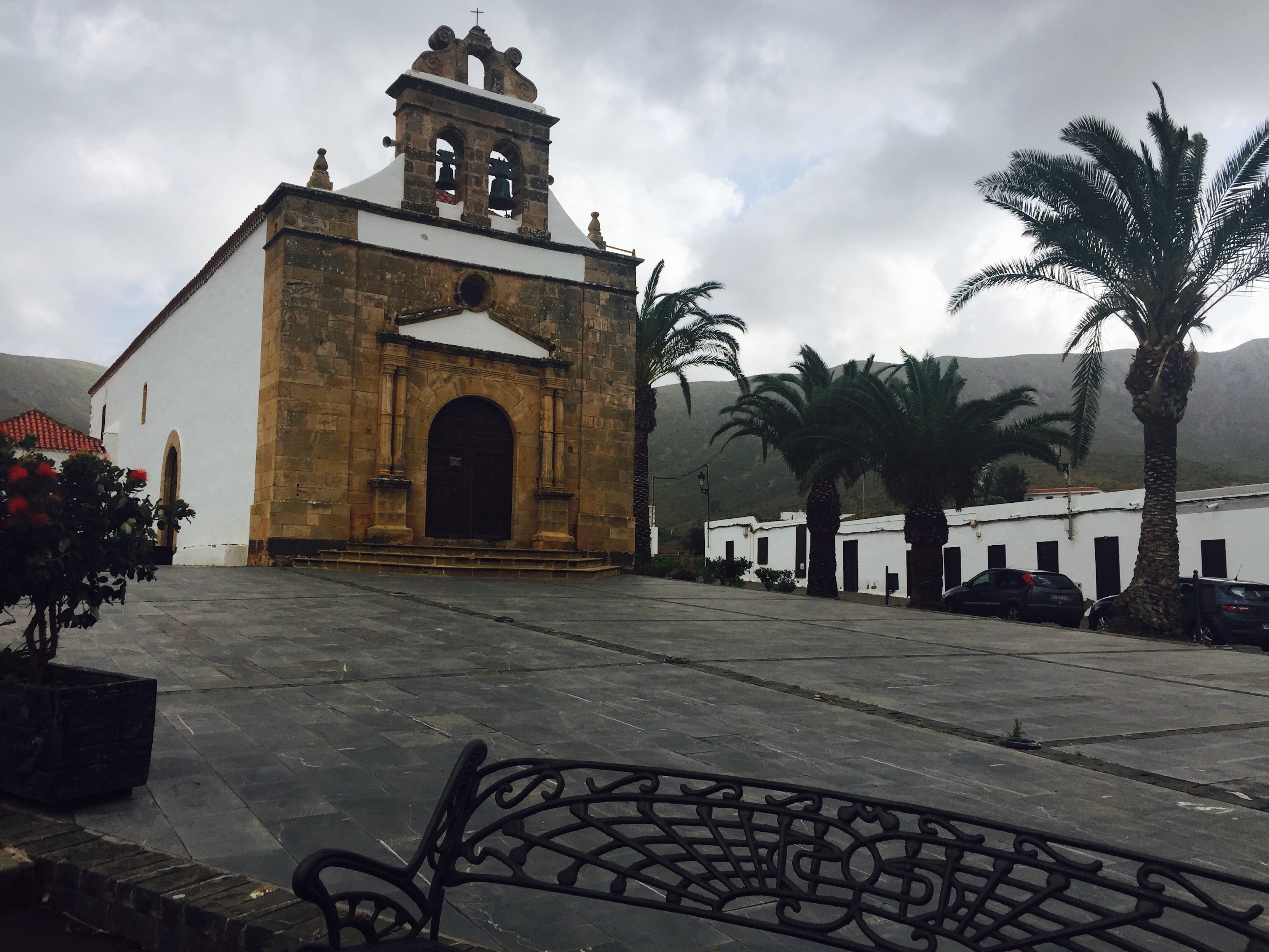 View from the hermitage Saint Joseph of  Teserejague.

View from Carmen´s saltworks. Photo from the Patronage Tourism Fuerteventura.

One unique flora and fauna oasis in Fuerteventura

If you are after  venturing yourself in the biggest natural reserve of the Canary Islands do not miss out a visits in Fuerteventura´s Oasis Park. With more than 800.000 s.q.m, the park boosts with a great family of 3,000 animals and 250 different species and more than 1,000 plant species coming from the whole globe. The botanical garden coming from the whole woeld. The botanical garden is a tropical jungle craddle that brings a perfect atmosphere for the animals whereas the cactus show a landscape typical of an dry valley weather with more than 250 species, including many indigenous plants.

In an atmosphere 100 % outdoor , you can have a direct contact with nature and live unforgettable experiences  with the giraffes, elephants, lemurs from Madagascar, sea lions and camels. Restaurants, complimentary transport and a camels safari and three LIVE´s with parrots and  prey birds. This is an ideal option for any traveller.

No doubt, the star product in Gran Tarajal´s cuisine is its extremely fresh frish just caught in the Atlantic waters and prepared in a traditional  style. The fish stew with mojo, potatoes, sweet potatoes and toasted meal; the fish broth with poached toasted meal, the vieja a la espalda (fish cooked in a traditional way) and fried brown fish are some of the plates that you should taste during your stop in Gran Tarajal cruise´s port to have a taste of the cuisine´s island. 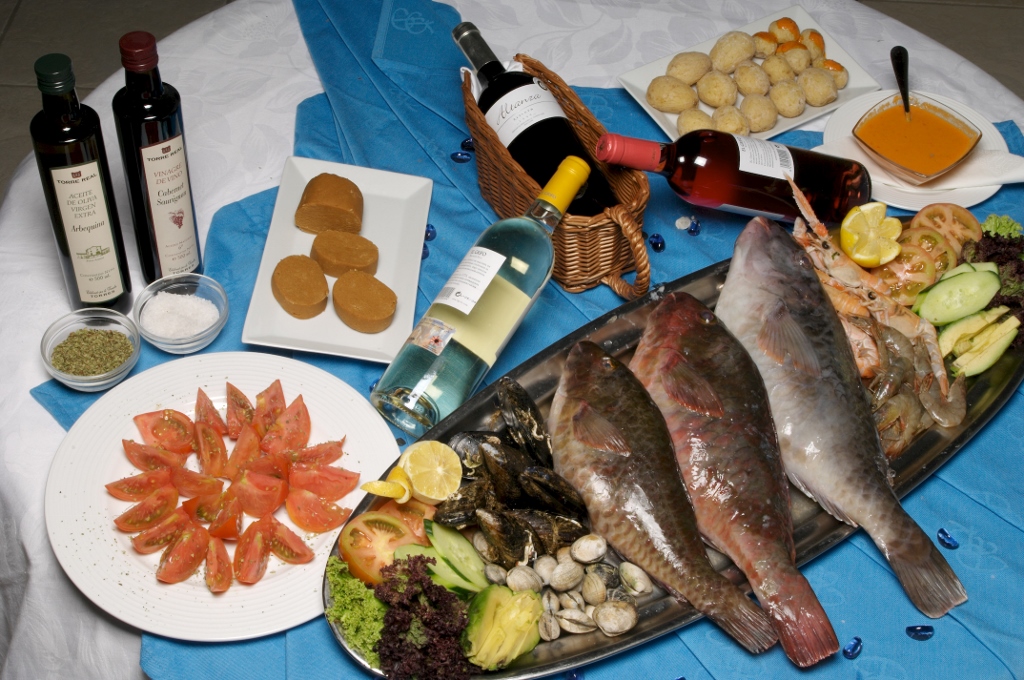 Fresh fish is the star product of the local cuisine in Gran Taraja. Photo from Tuineje´s council.

On top of that, Gran Tarajal offers several samples of the delicious and simple Canary islands cuisine such as the papas arrugadas with mojo (small wrinkled potaotes with a spiced sauce), canary islands stew and it fabulous cheeses. 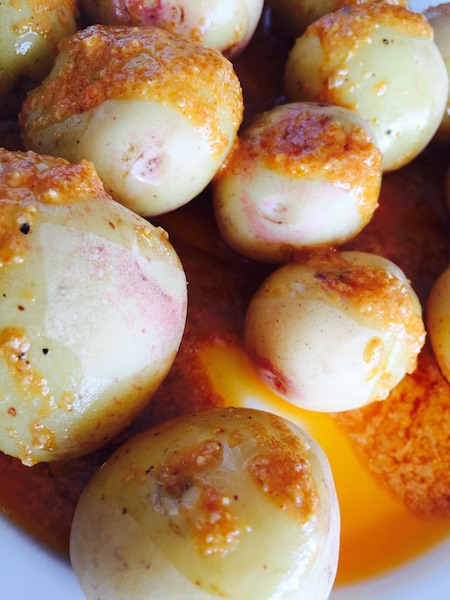 Do not miss out tasting the great majorero cheese. It can be tasted in any local shop in its differents state of cure and like that tasting this typical canary island product.