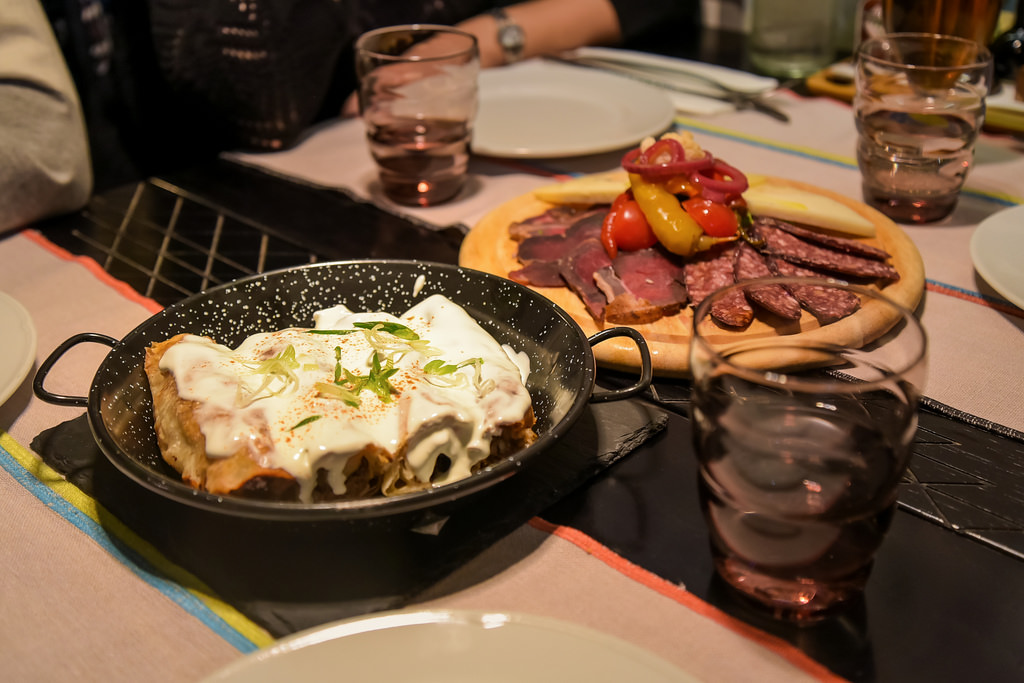 Croatia is an essential cruise destination in Europe, which attracts tourists for its perfect mix between culture and nature. On your cruise with stopover in one of the Croatian ports of Dubrovnik, Rijeka, Sibenik, Vukovar, Split or Zadar you can taste the delicious dishes typical of this Eastern European country.

Croatian cuisine is mainly Mediterranean with influences from countries such as Spain, Greece, Italy and other cultures of the Mare Nostrum. In this post we explain the 10 things you should try on your cruise in Croatia if you do not want to miss the culinary specialties of the cruise destination par excellence in the Adriatic. 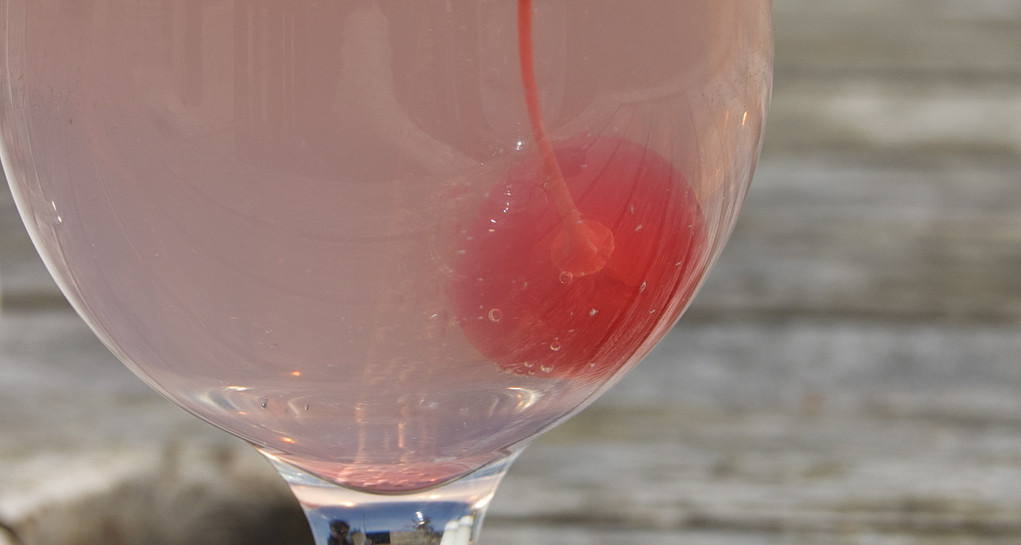 Maraschino is a sweet liqueur made with marasca cherries mixed with sugar, almonds and honey. Although it is consumed all over the country, on the Zadar cruise scale you will be able to know the place where it is produced and taste the Maraschino of the best quality

It was very appreciated in the antiquity in the courts of all Europe and to this day continues being one of the drinks that more please the visitors. On your cruise with stopover in Croatia do not hesitate to try this rich liquor accompanied with some of the delicious desserts typical of the country.

2.- Pasticada: the most  succulent stew 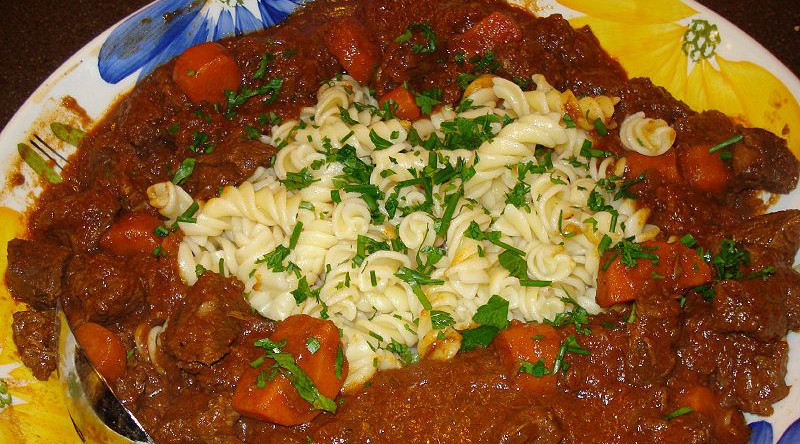 The Pasticada is a typical stew that gets served with pasta or potatoes. It has a very complicated preparation that gives this plate a unique and special flavour that does not get forgotten easily flavour.

It is original from the region of Split and and preserves each mouthful with the tradition and history of the villages of the coast towns. Do not miss out tasting it in your cruise stop in Split and you will enjoy the best plate in the croatian food.

3.- Drnis ham: the most famous in Croatia

Appetizer with smoked ham of Drnis

The arrival to the region of Drnis if you arrive to a cruise stop in the region Šibenik. There you will be able to enjoy the ham aperitive with Odres cheese acompanied of a good wine while you admire the deep blue landscapes . The ham lovers have its maximum index in Croatia

The rožata is a crème caramel similar to flan with vanilla flavour, lemon and rhum. It is very typical in the whole country served in big luxurian restaurants or in the taverns. This dessert in spite of  its simple preparation, its main ingredients are milk, egss and sugars.

To taste the best variety of rožata book your cruise stop in Dubrovnik and take advantage of thebreak in your excursion with a sweet stop. In this Dalmatian city, you can find lots of restaurants were you can taste these and other  typical desserts that you know Dubrovnik, the adriatic pearl, nowadays it is very famouse for being famous for shooting many of the scenes of “Game of Thrones”.

5.- Pag´s cheese: one of the best cheeses in the world

Pag´s cheese, one of the best ones in the world

If you would like to try this unique flavour, in the cruise stop of Zadar go to one of the magnificent restaurants to enjoy a hearty pasta place, accomapanied with the spicy flavour of the Pag. 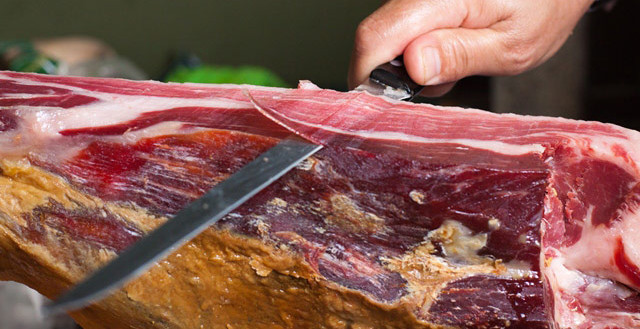 The most popular in Croatia is ham, that gets served in any occassion. Ohe most famous is called Prust  or Smoked ham in the region of Dalmatia, specifically in the island of Krk.

It is very similar to the Serrano ham but it has a characteristic flavour due to its complex process of curing process. Firstly gets cured with wooden from oak and beech, afterwards dries with strong bura wind and moves to a room with estable micro climate. Lastly it gets exposed to the warm southeast wind so it does not get too dry. The ham is ready to eat after being drying one year.

From the cruise stop in Rijeka you can reach the isle of Krk and meet there where to produce and taste this delicious Pag cheese and there meet the places where it gets produced and try to satisfy the most delicate palates.

7.- Rakija o rakia: the most popular liquor of the Balcans

El rakija o rakia is a similar liquor to brandy obtained by distillation of the fermented fruit.  It is popular in all the region of the Balcans but in each country it is made in a different way, exclusively from grapes.

The traditional liquor gets served with the appetizers at lunch time as a show of hospitality and welcome. In your Croatian cruise stops do not miss out tasting rakia in any of its lively taverns.

8.- White truffle: the most expensive in the world

Risotto with white truffle in the area of Rijeka

Croatia is the country of the white truffle and the oysters. The white truffle is not easily found, that is why areas of Istra or Rijeka are privilege places because he most expesive places in the world. 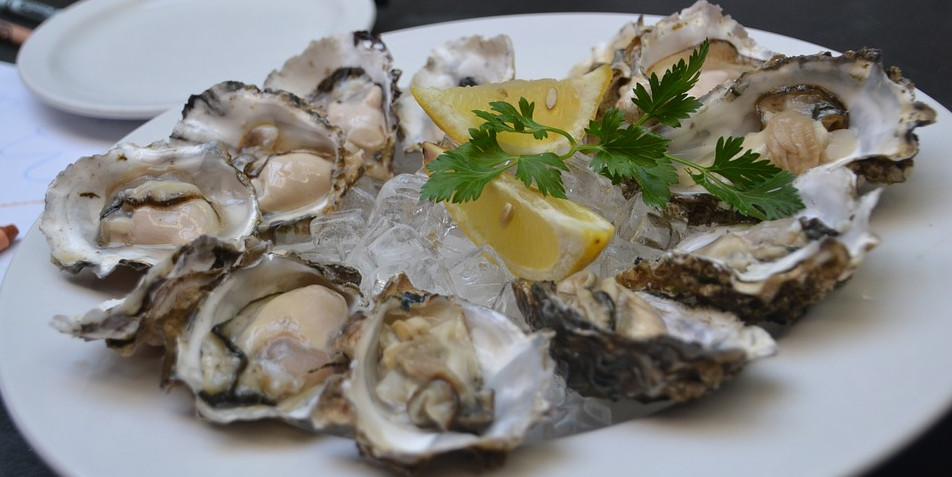 The oysters from Dubrovnik, the best of all in Croatia

The fish and seafood of the Adriatic are a flagship product in the Croatian gastronomy. All the restaurants of the coastal villages are going  to offer in its menus plates and grilled fish and fresh seafood. Those who impressed the most the tourists are the Brodet, a kind of croatian paella and the Porkolt, stewed catfish with paprika sauce (a type a of red pepper).

In Dubrovnik´s cruise stop you can taste another big delight in Croatia, the oysters. Even though they get eaten in the whole Croatian coast is in this city where you can find the best ones the oysters. You can try in any restaurant of the city and at very good price. Do not miss them out!

10.- Olive oil and wine: the liquid gold of the Adriatic

Extra virgin olive oil from Croatia. Considered ones of the best in the world

Croatian olive oil has been consolidated in the last years as one of the bests in the world and occupied number two in the ranking.

These are some of the plate that make out the spectacular Croatian gastronomy. Book yourEstos son solo algunos de los platos que componen la espectacular gastronomía croata. Book your cruise to go to Croacia ad enjoy this unique country, rich in culture, landscapes and gastronomy.